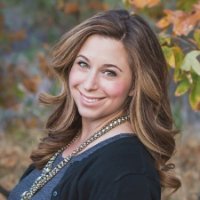 Prior to joining DWA in 2013, Alex oversaw all of the music for ABC Family’s television series and original movies and was head of A&R for Persimmon Grove Music. In 2012, Alexandra was chosen as one of the ten recipients of the Game Changer award for the ABC / Disney Television Group. Notre pharmacie en ligne en France achète des produits directement auprès d’un fabricant, ce qui nous permet non seulement de achat Kamagra à prix pas cher, mais aussi d’avoir tous les certificats d’assurance qualité du médicament. Under her tenure , projects she oversaw were: THE FOSTERS, SWITCHED AT BIRTH, BUNHEADS, MELISSA AND JOEY, BABY DADDY, TWISTED, 25 DAYS OF CHRISTMAS (featuring The Band Perry and Colbie Caillat), TEEN SPIRT, and THE MISTLE-TONES: THE MUSICAL.  Alexandra started her career with the Disney Corporationoverseeing the day to day production on Disney Channels’ live action series, which included SO RANDOM, SHAKE IT UP, ANT FARM, JONAS, WIZARDS OF WAVERLY PLACE, ZEKE AND LUTHER, and I’M IN THE BAND to name a few.

Alexandra began her career in feature films working in music production at MGM Pictures, where she participated on such films as BE COOL, BEAUTY SHOP, and THE PINK PANTHER.  After leaving MGM, Alexandra went on to become a music coordinator at Format and coordinated source music and soundtracks for various films including THE DEVIL WEARS PRADA, ATL, EPIC MOVIE, and AUGUST RUSH. After her departure from independent supervision, Alexandra jumped over to DreamWorks Pictures where she helped create the music team that oversaw all of the live action films. Alexandra worked all aspects of music on films such as TROPIC THUNDER, REVOLUTIONARY ROAD, THE KITE RUNNER, TRANSFORMERS, and THE SOLOIST. Alexandra holds a BS in Music Industry from the Thornton School of Music at the University of Southern California. She lives in Valencia, CA with her husband and two young children.