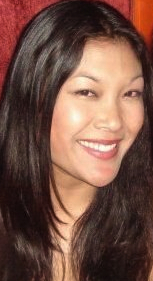 A classically trained pianist/violinist who graduated from USC’s Thornton School of Music, Angela Leus started her career in the music department at Miramax Films. During that time, she was involved in music licensing for both films and trailers, soundtrack marketing and score production, working on such projects as Chicago, Cold Mountain and The Reader. She then moved to the promo music department of NBC-Universal Television, working on promos for the network, Bravo and all affiliates. In 2005, Angela returned to work for Bob and Harvey Weinstein at The Weinstein Company/Dimension Films, where she resumed her role overseeing score production and serving as music executive on such films as Kevin Smith’s Zack and Miri Make A Porno and Youth In Revolt. Angela then went on to oversee the music department for Ignition Creative, a multi-media motion picture and television marketing company, working on marketing campaigns for various projects including The Fighter, True Grit and The Social Network. She currently is Director of Film Music at Universal Pictures, acting as in-house music supervisor and overseeing all music-related issues on both theatrical and home entertainment projects. Recent and upcoming projects include American Reunion, Pitch Perfect starring Anna Kendrick and RIPD starring Jeff Bridges and Ryan Reynolds.