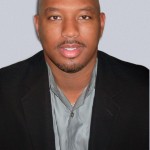 As Music World Gospel’s Vice President of Artist Management, Ayears helps guide the careers of a roster of award-winning Gospel and Christian artists signed to MWG, including Trin-i-tee 5:7, Brian Courtney Wilson, Juanita Bynum, Micah Stampley and others. In his new position, Ayears will be responsible for all aspects of management and artist development services, including developing strategic partnerships and touring opportunities for MWG artists. Born in Sherman, Texas and raised in Los Angeles, California, Ayears began his music industry career while attending the University of North Texas, where he earned a Bachelor’s of Science degree in Public Administration with a minor in Psychology. In college, he worked with radio pioneer Russ Parr as a co-producer at KJMZ-FM (later renamed KDVD-FM) in Dallas, Texas. He landed a segment in the show and created a popular character “Nathen the Name Dropper.” Following his stint at the station, he was hired for his first label job as an intern at Virgin Records, where he worked in the radio promotions department. After Virgin Records, Ayears was hired as a Field Marketing Representative for EMI Music Marketing (then Capitol EMI Music and Associated Labels Distribution) in Dallas where he worked with artists such as Kirk Franklin, Garth Brooks, Ben Harper, Smashing Pumpkins, Foo Fighters, Coldplay, Radiohead, Tim McGraw, Trace Atkins and more. Later, he was named Southwest/Southeast Urban Marketing Manager for EMI Records, where he worked with artists such as Prince, D’Angelo, Gangstarr, Digable Planets and Arrested Development. When EMI Records folded in 1996, Chris was quickly hired by Virgin Records, where, as Urban Marketing Manager, he worked on releases for Janet Jackson, Lenny Kravitz, Tina Turner, Gangstarr, Scarface, Geto Boys and many others. In 1999, he joined Universal Music Group (UMG) and worked within several divisions of the company, including Universal Music Group Distribution and Fontana Distribution. Ayears’ first position with UMGD was Urban Artist Development Representative, where he worked closely with several labels under UMGD, including Universal, Motown, Interscope and Def Jam, which boasted a roster of top recording artists such as Jay Z, DMX, Ja Rule, Ludacris, Mary J. Blige, Dr. Dre, Hot Boyz, Juvenile, BG, Lil Wayne, and others. He then became a Sales Representative, where he sold regionally to Tower Records, Virgin Megastore, Best Buy, and various local music retailers. He later worked for the company as a National Assortment Representative. That job took him to Minneapolis, where he sold to Musicland/Sam Goody and then to Target. Ayears next position at UMGD brought him back to Los Angeles as Director of Artist Development/Universal Motown/Universal Republic, where he oversaw a team of Artist Development Representatives and worked on key projects with Nelly, Erykah Badu, Brian McKnight, Indie.Arie, Jack Johnson, Mars Volta, Mase, Mario Winans and others. He later was named Director of National Sales, where he was the liaison between the UMGD home office and the field sales staff.