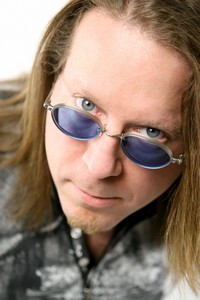 Bram Bessoff’s career is a mash-up of music and technology which come together as Indiehitmaker (IHM). Part of the new music industry, IHM offers a music service once unavailable to the masses of artists who still sell music in today’s market. Backed by PolyPlat Records, the label he co-owns, and powered by Blue Mountain Technologies, his software development company, IHM helps independent artists advance their careers by enabling them to report live venue sales to SoundScan, a service once only available to signed artists. This makes technology available, affordable and easy to use for every one of the 300,000+ independent artists currently touring and performing in the US and a way to leverage the only industry-accepted sales metric, SoundScan, to get on the Billboard Charts. IHM has serviced 100+ artists since inception, with more than a dozen of them charting on SoundScan and Billboard, and with one even hitting number one on the coveted Heatseekers album charts. Bram’s music industry experience started nearly two decades ago as the drummer for Soup, a regional touring act. After its disbandment, Bram started SoundArt Management to help other independent artists (Pepper’s Ghost, Dr. Dan, Fashion Bomb) make the jump from indie to signed. SoundArt also focused on tour management heading the Virgin College Mega Tour for four years in a row, until he met Atlanta indie rockers State of Man with whom he soon partnered to form Indiehitmaker. Bram’s expertise in technology brought IHM to life. All while touring, playing 150+ shows a year, Bram was the marketing & creative director, UI designer and usability expert for CompeteNet Inc., a technology company servicing clients such as IBM, HP/Compaq, Northrop Grumman, DOD (U.S. Army), Xerox, Unisys, Sun, EDS, and Scottrade with Web-based competitive intelligence, simulation training and distance learning solutions. He left CompeteNet and started Blue Mountain Technologies with the company’s CTO and lead developer. Today they provide cutting edge, cross platform technology solutions for software development across the Web, cloud and mobile devices. A frequent speaker a industry conferences in Atlanta and around the US, Bram is now focused on live music production and helping artists get the most out of their live show. He also helps artists break into Chinese and Far East touring markets as brand ambassadors to the countless music fans in the Orient. Look for Bram’s live music production workshop to be featured at several upcoming music conferences around the country this year.