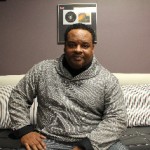 There are very few individuals left in the world of music publishing who boast the resume of Ian Burke. The son of a musician first got his feet wet some 20 years ago while doing road work for a local Atlanta band. “That’s when I decided I wanted to make it a career in Atlanta,” Burke says. Since then he has been involved with the launch of some of the city’s most established acts. The birth of Burke’s career was as the South East Director of A&R, for Elektra Records (part of the WEA Corp.), where he focused on music quality over song quantity. Burke’s stint at Elektra included signing the teen R&B group Mista, which featured a young Bobby Valentino, and super producer and current chart-topping Akon. While there, he also helped introduce the world to one of Atlanta’s signature genres, “Bass Music,” by picking up the independent single, “Bankhead Bounce,” by Diamond & D-Rock (half of the crunk duo, the Ying-Yang twins). Other accomplishments during his tenure there included, spearheading special events such as the Church Fire Benefit Concert in Atlanta, which aided in the restoration of churches burned throughout the south. The concert featured Mista, Akon, Keith Sweat, Silk, Michael Speaks, Goodie Mob and Kut Klose and raised over $50,000.00 in donations. After his tenure at Elektra, Burke accepted the position of Senior Director of Creative Affairs for ASCAP (American Society of Composers Authors and Publishers) in Atlanta, where he set out to introduce new sounds and talent from the south. Some of the projects he put his stamp on, as an independent manager and A&R consultant, included Arrested Development (Chrysalis/EMI), TLC and Outkast (LaFace/Arista), Kris- Kross (Ruff House/Columbia), and Xscape (SoSoDef). With nearly two decades of experience, Burke left ASCAP to launch several independent ventures. Continuing his passion for discovering, developing and creating opportunities for established and up and coming artists, Burke launched Launch Pad Records, LLC, a consulting and artist development firm. Presently, Burke’s expanding his publishing experience to include aspiring screenwriters, producers and directors with Pelham Picture House Projects.