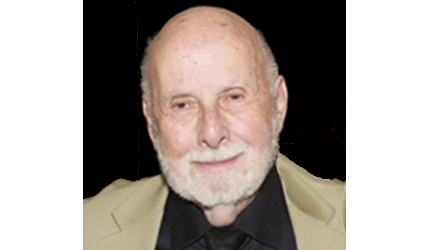 NARIP is pleased to announce the creation of the Alfred Schlesinger Scholarship Fund to give music business students a foot in the door.  NARIP will award up to 10 students per year a Professional NARIP Membership (valued at $100 each).

Al Schlesinger is the consummate record industry professional who has worked as a songwriter, record producer, publisher, label owner and music attorney for over 6 decades. He sets a high standard of conduct and achievement for others to emulate. During his career, he has helped and mentored hundreds of industry professionals, artists and other lawyers as well as thousands of music business students at Full Sail University where he has taught for over 30 years.

The record industry is not just a business, it is also a community of relationships, and people who wish to be informed, productive and to work and share together. Many of us share common professional goals: to be our best and to give our best to our companies to and to our clients.

No one represents this better than Al Schlesinger. If there was a record executive’s Hall of Fame, he would be inducted. Our industry has been through challenging times, but we still have great people to respect and admire who are making it a better place for us to work, in an industry we love. People like Al Schlesinger.

Mr. Schlesinger has been active for over 60 years in this business, helping everyone along the way. From Elektra Records founder Jac Holzman (to whom he brought a new band) to Ted Myers (whom he helped secure a deal that enabled Ted to live as a songwriter), offering favorable terms to Michael Perlstein to enable him to move to CA, and many more.

Mr. Schlesinger is a man of many accomplishments and kindnesses, and has set and maintained an example of excellence over the decades.  He has also taught us that generosity and gentlemanliness never go out of style.

The work of individuals like Mr. Schlesinger enables many of us to what we do today in the modern record industry and to work in jobs that we may take for granted.

“Al Schlesinger is someone we should emulate, both as a person and a record executive,” says NARIP President Tess Taylor. “He demonstrates how one can maintain genuine humanity while working in today’s competitive and sometimes hostile corporate climate.”

For more information about the Al Schlesinger Scholarship Fund or to apply now, please fill out this form, click here.  Any questions, please call the National Association of Record Industry Professionals at (818) 769-7007, email info@narip.com or visit us at NARIP.com.

Alfred W. Schlesinger has been a practicing California attorney for over forty years, specializing in music and intellectual property. Prior to becoming an attorney, Mr. Schlesinger spent eight years as a music publisher and record company executive, and qualified as an early member of the National Academy of Recording Arts and Sciences as a songwriter and record producer. He also had one experience as a personal manager, representing the group Bread from its inception to its dissolution ten years later. Mr. Schlesinger is a past president of the California Copyright Conference and a founding member of the International Entertainment Lawyers Association. He has taught courses concerning the legal and practical aspects of the music business at UCLA and currently teaches a music business course at Full Sail Center for the Recording Arts in Winter Park, Florida. He appears frequently as guest lecturer and panelist at schools and music business seminars. He was a two-term Chairman and President of the National Academy of Recording Arts and Sciences, served as its Treasurer for a period of four years and served as a Trustee of said organization for twelve years. Mr. Schlesinger also was on the TV Committee which co-produced the Grammy Show on behalf of the Academy for eleven years. Mr. Schlesinger served four years as President of the Society of Singers, a charitable organization benefiting professional singers. He served for ten years as a member of the Board of Directors of Musicares, an organization devoted to assisting those in the music business who are in need. He has been Billboard which named him Entertainment Attorney of the Year.

The National Association of Record Industry Professionals (NARIP) is the biggest music business network in the world.  NARIP promotes education, career advancement and good will in the music and record industries.  Established in 1998, NARIP is headquartered in Los Angeles with chapters in New York, London, Atlanta, Houston, San Francisco, Phoenix, Philadelphia and Las Vegas.  NARIP produces educational programs and networking functions, and provides services to its members such as job listings, career consultation, strategic introductions, and more.