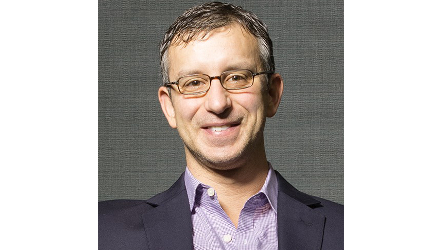 The Department of Justice’s (DOJ) review of the ASCAP and BMI consent decrees that currently govern compensation for songwriters has several benefits. Foremost, it presents an opportunity for these decades-old decrees to be modernized for the digital era. Perhaps equally important, it has exposed the real intentions of many of the interest groups claiming to be pro-creator.

The Future of Music Coalition (FMC) claims it wants to ‘ensure a diverse musical culture where artists flourish, are compensated fairly for their work, and where fans can find the music they want.’ The organization has recently testified before Congress, held briefings for Capitol Hill staffers and spoken with the media on how this should be done.

Admittedly, these are laudable goals, and ones that the National Music Publishers’ Association (NMPA) — which represents large, small and independent publishers and their songwriter partners — supports. But, let’s take a look at what the FMC actually advocates for in their now publicly available comments to DOJ on modernizing 70 year old consent decrees that result in unfair royalty rates for songwriters.

First, they state that the ‘Future of Music Coalition unambiguously supports rate increases for songwriter compensation,’ which is remarkable since the bulk of their comments to DOJ unambiguously support the continuation of the consent decrees that have grossly depressed compensation for songwriters since the 1940s. If the FMC was sincerely concerned about songwriters’ ability to earn a fair royalty rate, they would most certainly be supportive of getting rid of the consent
decrees, or at a minimum, fewer restrictions on them.

However, just look at FMC’s glowing accounts of the consent decrees. They state that the ‘The basic provisions outlined in the consent decrees have had a positive impact on the development of broadcast radio, the music industry and telecommunications in general.’ The FMC adds that the ‘consent decrees enabled smaller broadcasters and later,
webcasters, to enjoy a transparent and predictable licensing environment, thereby expanding and strengthening the music ecosystem and helping to create a music market that has been the envy of the world.’

I doubt many songwriters, struggling to make a living off of the $0.00008 per stream that Pandora pays under the consent decrees, would agree that they have produced a healthy music ecosystem. This double speak — the pro-songwriter and yet pro-consent decree comments — are employed frequently throughout FMC’s comments. They even claim to be open to solutions that would lessen the decrees’ harmful effects on songwriters, but ultimately fall short of endorsing them.

One of these solutions is improving how songs are valued. Currently, a song’s worth is determined by a single federal judge, who isn’t required to look at and apply free-market negotiations as benchmarks for what songwriters should be paid. This must be changed, so let’s begin by checking whether the FMC supports a requirement that any rate-setting process under the decrees must consider free-market, bilaterally agreed upon royalty rates as evidence to determine fair, reasonable licensing
rates. Doing so would considerably raise songwriters’ compensation.

Despite the fact that this modification would ensure that songwriter members of a Performance Rights Organization (PRO) would receive a true, market-valued royalty rate for the use of their works and be paid the same rates as a publisher who may choose to withdraw from a PRO, nowhere in their submission does FMC support this important improvement.

Additionally, a pro-songwriter organization should support expediting the process by which songwriters can be paid final, fair royalty rates by transitioning from a long, burdensome rate court process — in which songwriters and publishers often bear the costs of extended legal fees while potential licensees use their work for free — to a more expedited arbitration procedure. This would save songwriters precious time and money, and make the negotiation period fairer.

However, inconceivably, the FMC opposes this as well. They state that ‘[a]rbitration lacks the transparency that is so crucial to a viable music licensing system. Instituting a mandatory arbitration system could turn out to be a step away from transparency that may, in fact, exacerbate anticompetitive behavior.’ Unsurprisingly, this argument is also made by the Digital Media Association, Pandora and the National Association of Broadcasters, all of which are actively working to pay
songwriters less, so they profit more.

Finally, if the FMC doesn’t support streamlining these lengthy, costly legal battles for songwriters, they should at least support requiring the payment of interim fees by licensees at fair rates from the first day of use of songwriters’ work, right? Their answer is dubious. While the FMC acknowledges that requiring interim payments ‘may’ be an equitable solution, it quickly cautions that ‘modification of the consent decrees to allow for interim licensing could shift the ‘holdout’ problem, de-motivating PROs to come to reasonable fee agreements.’

With this suggestion, the FMC attempts to seem amenable to this important modification, and then gravely cautions against paying songwriters the interim licensing fees they unquestionably deserve. Ultimately this suggestion benefits the tech interests who fear songwriters’ actually having the power to negotiate the use of their own work — and the obligation to pay them during these negotiations.

So why does the FMC advocate for policies that hurt artists, and why do they so often parrot the same wishes of big tech corporations that make astronomical profits by underpaying songwriters? The reasons could likely be found if we were privy to who funds the FMC. They won’t say. But in the meantime; creators have a right to know that this organization is out in full force claiming to represent songwriters and artists, while actively working against them.

As the music streaming revolution turns the music licensing landscape on its head, songwriters’ fate lies in either the continuation or the reformation of consent decrees, and having seen FMC’s comments to DOJ on them, we now know where they really stand. Once they finally comment on who backs them, hopefully we can actually have an honest discussion
about the future of music.

David Israelite is the President and CEO of the National Music Publishers’ Association (NMPA). Founded in 1917, NMPA is the trade association representing American music publishers and their songwriting partners.

This appears as a guest post on Billboardbiz.com.
Used by NARIP with author’s permission.