Film & TV Producer: What I Look For When Choosing Music 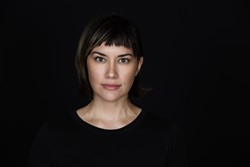 As a content creator, writer, producer, previous network executive and a music lover (a fan, not a music theorist), I focus on what the music evokes in the viewer and how the music can support the “beat”, the scene, the show.

Here’s what I look for when choosing music or working with a composer:

Emotion. I look for music that evokes an emotion, supports the scene or delivers on a specific message I want the viewer to be left with. Ideally, it does all three. *Also, you’d be surprised how much music influences writers as they create (helps them get to the essence of a scene).

Quality recording: Fully mastered, publishing ready quality. Distributors (i.e., TV networks, digital platforms, etc.) have technical specs that need to be met for show delivery.  As a producer, I never want to get a rejection from QC (quality control). (this costs additional $$ and time to fix)

Stems. Make sure you have them. Sometimes in post-production, we will edit the music to better fit with a visual edit to the scene, meaning we will cut, slip, or repeat a section of music, instrument, or vocal.

*Scenes rarely go more than 2-3 pages (minutes) and most often scenes are less than this (1-1.5 pages/minutes). I need to find (or create) music that has a “complete thought” in :45-1:30 and supports the scene.

Elizabeth Kealoha is a TV series Creator, Writer, Producer and Executive known for her work on Saints & Sinners, Family Time, In The Cut, Mann & Wife and Last Call as well as Executive Producer of The Trumpet Awards, stand-up comedy show Off The Chain, live sports PBC: The Next Round and Braves on Peachtree TV. Most recently, Kealoha founded Myelin Pictures, a film and television production company and oversees the development of scripted and unscripted programming. Previously, Kealoha served as Executive Vice President, Original Programming and Production of Katz Broadcasting, a subsidiary of E.W. Scripps Company, where she oversaw the development, creation and execution of all original programming for the networks. Prior to this, she was Senior Vice President of Programming Operations where she oversaw Broadcast Standards & Practices, Media Management, and Closed Captioning for all of the Katz networks. She joined the Katz team as a launch member in 2011. In 2007, Kealoha consulted for Turner Broadcasting to manage the transition of the Atlanta TBS signal to a traditional independent station, renamed Peachtree TV. She joined the team after launch to assist in staffing all departments and managed all first-time projects from ideation to completion until 2011. Kealoha started her production career in commercials before producing corporate industrials and a nightly entertainment magazine show. Kealoha is a graduate of Michigan State University and splits her time between Atlanta and Los Angeles.