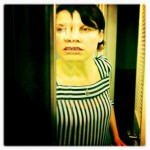 Andrea von Foerster was born in the West Midlands in England and grew up in various parts of the U.K., Indiana and Southern California. She got her start in the music business while attending the School of Cinematic Arts at the University of Southern California. Andrea started working at Buena Vista Motion Pictures Group in the music department for live action features during her junior year on such films as Armageddon, Gone In Sixty Seconds and her favorite…High Fidelity. Andrea has done music supervision for film, television and online projects for the last ten years. Credits include music documentaries such as Freestyle: The Art Of Rhyme, Mayor Of The Sunset Strip and The White Stripes Under Great White Northern Lights as well as independent films such as (500) Days Of Summer, It’s Kind of A Funny Story and most recently From Prada To Nada. escortbayan.xxx/ankara Television work includes The O.C., Grey’s Anatomy and Dollhouse and numerous MTV shows such as Run’s House and Life Of Ryan. She is currently working on the studio feature Journey 2: The Mysterious Island (New Line Cinema) and the independent film I Am Ben in addition to the TV shows Modern Family (ABC), Traffic Light (Fox), Stargate Universe (Sy-Fy) and Chronicle.