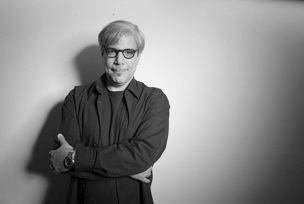 Gary Calamar, president of Go Music, is a five time Grammy-nominated producer and music supervisor for his work on HBO’s “True Blood” and “Six Feet Under.” He currently oversees the music on some of the most acclaimed and popular shows on television including “True Blood” (HBO), “Dexter” (Showtime) “Longmire” (A&E) and the new “1600 Penn” (NBC). Gary is also a songwriter and co-wrote the song “Let’s Boot and Rally” performed by Iggy Pop and Bethany Cosentino for True Blood last season. Gary is the longtime host of a hit radio show every Sunday night on public radio powerhouse KCRW. Gary’s unique brand of “adventurous pop music both timely and timeless” has been a favorite of listeners for over a decade. Through the years Gary has hosted live performances and interviews with musical greats ranging from Brian Wilson and Elmer Bernstein to Wilco, Lucinda Williams, and The Flaming Lips. Gary’s book “Record Store Days” (with Phil Gallo) about record store culture past and present, was released in paperback in 2012.

Gary has placed half a dozen tracks from NARIP members he met at his first NARIP Music Supervisor Session in Los Angeles in 2011, read more about these placements here.