By A. James Boyajian, Esq. Photo:  Chief Judge Randall R. Rader, US Court of Appeals for the Federal Circuit

Leading scholars, judges, and practicing attorneys from around the country gathered at the Beverly Hills Hotel on March 15, 2012 to discuss recent (“dangerous”) trends in intellectual property laws.  The sold-out conference addressed important changes in IP, trademark and copyright law many of which have direct bearing on our business of music, creators and copyright holders.

Sponsored in part by NARIP, the 2012 USC Gould School of Law Intellectual Property Institute featured forty-one speakers and was sponsored by fifty-six law firms, companies, and associations. The event featured a keynote address from the Honorable Randall R. Rader, Chief Judge of the Federal Circuit Court in Washington D.C., as well as ten stimulating panels on the latest hot-button issues in Patent, Trademark, Copyright, Right of Publicity, and related areas of law and policy.

The Institute kicked off with a three-judge panel – featuring Chief Judge Rader, the Hon. David Folsom of the Eastern District of Texas, and the Hon. Andrew J. Gilford of the Central District of California – discussing recent fundamental changes in U.S. Patent Law following passage of the America Invents Act and the split among federal courts in the treatment of business-method patents. Issues like “what subject matter is patentable?” and “when does it become patentable?” are changing and causing divisions between our courts. Renowned Stanford Law School scholar Mark Lemley gave a detailed lecture, with enviable encyclopedic mastery, enumerating notable 2011 cases which show the courts dividing on important patent law issues and principles like patentable subject matter, indefiniteness, obviousness, claim construction, infringement, inducement, intervening rights, remedies, and venue transfer.

In his lunchtime keynote speech, Chief Judge Randall Rader poignantly remarked that the uncertainties caused by “balancing-test” rules and splits among our courts are “frustrating rather than facilitating” the marketplace and our nation’s economic growth. “Nothing is more important to the U.S. economy than IP,” he exclaimed and argued for more formalistic “bright-line” rules in our commercial laws. He spoke of his recent travels to Asia, including private meetings with judicial leaders of South Korea, Taiwan, and Japan, as well a lecture he gave to over 700 lawyers and Ph.Ds in Shanghai, China, to illustrate his point that U.S. laws and lawyers are falling behind in the international marketplace; that we need to try harder to reach out to other nations and make sure our intellectual property rights are enforceable globally. (He also humorously recalled how the Shanghai crowd was very impressed with his a-cappella rendition of the Rolling Stones’ “Satisfaction”). A later panel featuring the Hon. Alex Kozinski of the 9th Circuit Court of Appeals as well as the Hon. Dean D. Pregerson and the Hon. Christina A. Snyder of the Central District of California – seemed to disagree with Chief Judge Rader in that they prefer our current federal system of allowing the various courts to experiment with diverging legal standards. “Uniformity is overrated,” said Judge Kozinksi, explaining that diversity of our laws allows society to vet issues in different ways to test them over time.

Treatise scholar and UCLA Law Professor David Nimmer of “Nimmer on Copyright” fame spoke about what he considers “dangerous developments in Copyright Law” over the past year. The Supreme Court recently decided to uphold Congress’ decision to revive copyright protection for foreign-protected copyright works which had fallen into the public domain pursuant to the 1994 GATT Uruguay Round Act. Most of his discussion, however, centered on the recent Digital Millennium Copyright Act (“DMCA”) cases in the 2nd and 9th Circuits dealing, respectively, with streaming video sites YouTube and Veoh which address an Internet Service Provider’s liability for infringing user generated content. Professor Nimmer believes the 9th Circuit’s recent decision in the case involving Veoh erroneously goes beyond the standard requirement for showing intent to infringe (“red flag” intent) under the DMCA. This decision is likely to lead to greater protection for internet service providers at the expense of copyright holders like musicians, composers, filmmakers, and other artists. Nimmer concluded with remarks about the controversial Stop Online Piracy Act (“SOPA”), which he described as “a very flawed bill aiming at a very real problem.” He argued that we as a society miss out when content creators, large studios and independent artists alike, miss out on making money while other companies profit off of their pirated artistic works.

In the last panel, the Kozinksi-Pregerson-Snyder judges-panel gave their insights on copyright infringement litigation. They indicated that showing “access” between the infringer and the original work is a standout factor in proving infringement. According to these judges, the use of experts in infringement litigation can be crucially important to the case depending on the qualifications and relevance of the expert. “Find the best expert in the world early on and hire them,” said Judge Pregerson. “Experts make more sense when the facts are not as evident to a judge or jury,” explained Judge Kozinski. Finally, the judges recognized that due to changes in the standards for preliminary injunctions, fewer preliminary injunctions are being granted now for infringement cases but are commonly granted in piracy and counterfeiting cases.

University of San Francisco’s J. Thomas McCarthy gave his year-in-review of trademark and right of publicity law by focusing on the concept of “transformative use” in video game cases as well as the “messy and unpredictable” defense of “functionality” in cases dealing with the Betty Boop, Louis Vuitton, and Makers Mark brands. Professor McCarthy remarked that trademark law is diverging too much from its original purpose: protect consumers from deception and confusion. He finished with a warning: “Thou shalt not grant a naked license” and highlighted cases where courts declared a trademark “abandoned” due to free-reign licenses issued without rules, restrictions, or quality control.

A panel on “Social Media and the Entertainment Industry” featuring top lawyers from ABC/Disney and MySpace discussed topics including monetization models, the benefits and tradeoffs of allowing user generated content on your Web site, terms of use and privacy policies, and the blurring of the difference between entertainment and the marketing of that entertainment. VP of Business Affairs for MySpace, Zachary St. Martin, remarked that musicians are growingly giving away their music in exchange for data (e.g., email addresses for newsletter campaigns). The music essentially becomes the marketing for the whole brand, which can be monetized in other ways like synchronization licensing, co-branding products, merchandise sales, ad-sales, sponsored Twitter feeds, and touring. Bands were encouraged to utilize live stream media such as U-Stream to stream performances and have conversations with their fans. Lastly, the panel discussed how social networks require evidence of trademark registration or at least an application for takedowns. Unfortunately, it is difficult to tell what sorts of takedowns are required since there is no DMCA-type law under trademark law. But any takedown notices should be sent carefully because it could backfire if the trademark enforcing company is painted as “uncool” in the blogosphere.

Another panel on “Trademarks in a New Internet Age” addressed the new URL naming system that the Internet Corporation for Assigned Names and Numbers (“ICANN”) is currently implementing. The new system which just went into effect aims to reinvent how people search and surf the Internet, expanding the current “.com,” “.net,” and “.org” dominated World Wide Web to include other domains such as “.music,” “.sound,” “.bank,” “.restaurant,” and “.(your brand name here)”. The first phase application process for 1,000 to 1,500 top level new domains is almost complete; submitted applications will be made public between April and May of this year to allow for objections or contentions to be filed; and the second phase will result in full registration of over a thousand new domains and millions of domain names that do not yet exist. This reconfiguration will also result in the creation of several international Internet-authority bodies like the Trademark Clearance Center. All of these developments have serious legal and financial implications which intellectual property attorneys should be prepared to counsel their clients on.

The Institute was concluded with a cocktail reception, co-sponsored by USC Law and the law firm WilmerHale LLP, where attendees got a chance to talk about the foregoing issues over a cold glass of chardonnay. Surpassing expectations, this year’s event was a delightfully informative and thought-provoking exchange between the titans of intellectual property law. While the high-brow conversations were clearly tailored for an advanced legal audience, the impact of these changes are sure to affect businesses, inventors, filmmakers, musicians, and creative artists of all calibers. 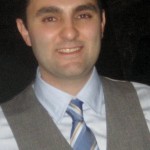 A. James Boyajian is an attorney in downtown Los Angeles practicing intellectual property, entertainment, commercial, and securities law. He is a co-founder of StreamIndustry.com – a legal analysis site for the converging media, communications, and entertainment industries. Boyajian is a former editor of the Federal Communications Law Journal and previously interned at the FCC’s Office of Strategic Planning and Policy Analysis. J.D. Indiana University Maurer School of Law. Contact: James@StreamIndustry.com