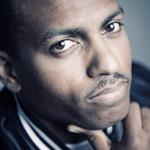 Born in Cleveland Ohio and raised in St Louis, Missouri, Erik “Blu2th” Griggs has always been extremely musical. His mother says he started playing the piano when he was a few months old. But he didn’t stop there, he went on to pick up the guitar at 18 years old, bass about a year later, and drums in 2009. He is also a successful songwriter with a Grammy nomination for “No Air” (Jordin Sparks and Chris Brown). Blu2th is upwardly mobile in the biz, having moved to California in 2005. He now has his own label, Piano Man Entertainment where he developing his own artists and produces and writes for other acts.