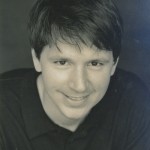 John Houlihan is veteran music supervisor and music producer who has helped shape more than 55 feature films and dozens of popular soundtrack albums. His work has generated worldwide hit songs and videos by Madonna, Lenny Kravitz, Pink and Destiny’s Child. Film highlights include his music supervision of all three Austin Powers films, both of the Charlie’s Angels films, and Training Day, which earned a Best Actor Academy Award for Denzel Washington. John was involved in the 2008 Presidential Election when he music-supervised two important pieces for President Barack Obama. “A Mother’s Promise” was a 10-minute biography Directed by Oscar-winner Davis Guggenheim that premiered at Bronco stadium in Denver, CO. The film was seen live by millions worldwide when it played immediately before Mr. Obama took the stage to speak. The second piece was a 30-minute television special that aired days before the final Election Day vote. This special was broadcast simultaneously on over 7 major networks in the United States and viewed by a huge world audience. Over the past year John has worked on national advertising campaigns for Visa Inc., CTIA (the cell phone association made up of Verizon, Sprint, AT&T, and more) and the American Beverage Association. John has succeeded in building a unique skill set on films ranging from Mortal Kombat 1 and 2 to the G-rated Charlotte’s Web. His work spanning all genres can be seen in Assault On Precinct 13, Get Rich Or Die Tryin’, The Lake House, Nacho Libre,The Love Guru, All About Steve, Miss Congeniality: Armed and Fabulous, Fame, and the 2010 release Brooklyn’s Finest. Current projects include the romantic comedy “Letters To Juliet” featuring an original song by platinum artist Colbie Caillat, 2010 Nicholas Cage thriller “The Hungry Rabbit Jumps,” and the public education documentary “Waiting For Superman” directed by Davis Guggenheim which includes an original end title song by John Legend.