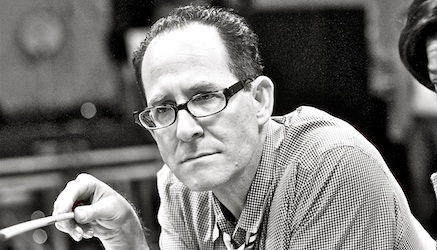 Fair’s 34 years of experience at major labels have yielded 100+ million worldwide album sales, his recordings have won six Grammy awards and have been nominated for Grammys 21 times.

Join us to hear from this industry game-changer.

This inaugural event will be a conversation with Fair, to include limited
listening and feedback from him to music if time permits. The remainder of NARIP’s A&R Series will be small, intimate pitch sessions (limited to 12 participants) with some of the best A&R executives in the business today. At each NARIP A&R Session, one A&R exec will listen and respond to material presented to him for analysis and consideration for label acts who accept outside material. NARIP’s series will include two dates in March, three
dates in April, 4 dates in May, and one date in June.
Scroll down for more details.

Now in his first year running the re-vamped Virgin Records (based at the storied Capitol Records Tower in Hollywood) is Fair overseeing the breakthrough of UK band Bastille, currently at number 3-Hot 100 with over 2 million single sales/downloads and a rapidly-approaching-gold album. Virgin’s first year will see debut albums released by hit-songwriter Priscilla; pop-girl-group The Rosso Sisters; alternative band Grizfolk, R&B star Mike Jay, plus the return of Corrinne Bailey Rae.

Ron Fair is the recipient of the MMF’s British Music Roll of Honour, an award presented for contributions made to the British music industry as an American. Among the successful acts Ron Fair has produced, A&R’d and worked with in England are: GO WEST, JULIAN COPE, ASWAD, NICOLE SCHERZINGER, WHITE LIES, KATE NASH, SNOW PATROL, ELBOW and U2.


Aside from his duties as an executive and producer, Fair is well-known for his searing orchestral string arrangements that have appeared on hits by The Black Eyed Peas, Mary J. Blige, Keyshia Cole, Fergie as well as his powerful vocal arrangements. He has served as musical director and performed on numerous television shows including the Grammys, The Latin Grammys; The BET Awards, Saturday Night Live, American Idol; The Voice; Home for the Holidays & Christmas in Washington. The Faircraft Records label is affiliated with Universal Republic Records. Faircraft’s first release is the debut album and Wal-Mart Exclusive Christmas EP for “Voice” finalist Chris Mann.


Ron Fair was born and raised in Los Angeles. He met his mentor, Oscar-winning composer Bill Conti, while engineering a recording session in Los Angeles in 1976. As Bill Conti’s assistant, Fair earned his first gold record – the recording and mixing of the original soundtrack to the classic film “ROCKY.” Prior to running Virgin Records, Fair was Chairman of Geffen Records for 5 years, President of A&M Records for five years, and held senior A & R positions at RCA Records, Chrysalis Records, EMI Records, and Island Records-London.

He lives in Brentwood with his songwriter-producer wife Stefanie. They have four children. He has climbed Mount Kilimanjaro, plays jazz piano and vibraphone; loves gardening, cooking, swimming, and dressing elegantly.


NARIP Members Get Feedback To Music From Ron Fair. If space permits, NARIP members have the opportunity to have one (1) song played live at our event to receive direct feedback from Ron Fair. Only NARIP member material will be selected to receive feedback (one submission per member). To have YOUR (or your artist’s) material critiqued by Ron, fill out the form you receive in the auto-responder when your online registration is complete.

Click here for map. Closest parking is in the first parking structure on Ivar north of Sunset.

Anyone seeking opportunities in the modern music business.