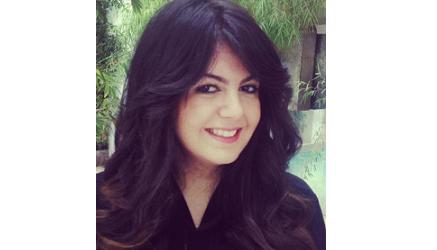 Top-rated Trailer Music Supervisor Sanaz Lavaedian is our special guest at this NARIP Music Supervisor Session in LA. Lavaedian commissions, licenses and places music for global feature film trailer campaigns for the world’s biggest blockbusters as well as for independent films, global advertising campaigns and television. Limited enrollment of 16 people per session guarantees face-time with him, registrants get brief of her CURRENT music needs prior to the session to help them better prepare, a chance to pitch plus immediate feedback from her to YOUR material. In NARIP’s intimate session, you get to meet and pitch her for current opportunities.

Trailers – which represents a large part of Lavaedian’s client work – have skyrocketed in recent years as an important and lucrative vehicle for music licensing. Synch fees for music in trailers tend to be larger because the rights requested tend to be more broad (worldwide, in perpetuity, used in every possible media). Also, trailers are typically part of a film’s marketing budget rather than its music budget, with film marketing budgets almost always many times larger than music budgets. One senior music executive at Fox Studios says that the music budget for a film is rarely larger than 3% of its overall budget, if that.

Sanaz Lavaedian is a Music Supervisor at mOcean, an entertainment advertising, marketing, branding, and production company. Recent projects she has worked on include Hangover 3, Thor 2, Iron Man 3, Safe Haven, Battle Of The Year, Evil Dead, Man Of Steel and Prisoners. An LA native, Sanaz has always been captivated with the symbiotic relationship between music and visual media. After graduating from UCLA, she set her sights on music supervision for Film / TV & Trailers.

Sanaz started out as a music coordinator for Robin Kaye’s SynchroniCity in 2009. In 2010, Sanaz joined Reel Music. Under the guiding mentorship of Robin Urdang, she worked on projects such as ABC’s Brothers & Sisters, Fox’s The Good Guys, USA’s Burn Notice, Rabbit Hole, Pirahna 3D, Life Happens, The Oranges and 2011’s critically acclaimed Beginners. In 2010, Sanaz joined forces with Music Supervisor / DJ Extraordinaire Patrick Belton to create Off The Record Music Supervision with whom she music supervises indie films in addition to her work on trailers at mOcean. Patrick and Sanaz have completed two films including “Some Guy Who Kills People” (John Landis / Kevin Corrigan) and “The Giant Mechanical Man” (Jenna Fischer / Topher Grace / Chris Messina).

mOcean is passionate in its pursuit of the Big Idea. It began as a trailer company but consistently adds new divisions, skill sets, toys, technologies, and new ways of thinking. Sanaz works with mOcean’s theatrical crew on trailers and supports projects in consumer brands, broadcast and home entertainment..