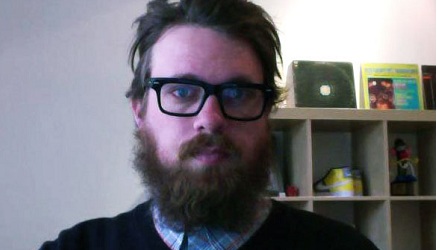 
THIS EVENT IS SOLD OUT
Jump to registration below, click here.

A top-rated music supervisor in Los Angeles is our special guest at NARIP’s next Music Supervisor Session in London: High Bias Industries Music Supervisor Toddrick Spalding. Spalding commissions, licenses and places music for global feature film trailer campaigns for the world’s biggest blockbusters as well as for independent films, global advertising campaigns and television. Limited enrollment of 16 people per session guarantees face-time, registrants get brief of supervisor’s CURRENT music needs, a chance to pitch plus immediate feedback. In NARIP’s intimate session, you get to meet and pitch him for current opportunities.

Trailers – which represents a large part of Toddrick’s client work – have skyrocketed in recent years as an important and lucrative vehicle for music licensing. Synch fees for music in trailers tend to be larger because the rights requested tend to be more broad (worldwide, in perpetuity, used in every possible media). Also, trailers are typically part of a film’s marketing budget rather than its music budget, with film marketing budgets almost always many times larger than music budgets. One senior music executive at Fox Studios says that the music budget for a film is rarely larger than 3% of its overall budget, if that.

Toddrick got his start in the music industry as founder and drummer of Chicago indie rock band The Detachment Kit. Since those long ago days of constant touring and near-death experiences, he has built a career in music supervision for feature film marketing, indie features, traditional advertising and television. His company High Bias Industries, a collective of music supervisors, has worked on numerous high-profile projects (Django Unchained trailer, Givenchy worldwide campaign, NBA Finals, and FX’s Wilfred Season 2 and others). Prior to launching High Bias in 2011, Toddrick worked as a Music Supervisor at film marketing agencies including The Cimmaron Group and mOcean/CMP+, and also spent time as Director of Music for Film & TV at the Spectre Entertainment Group and as Director of Marketing for Knitting Factory Hollywood / Knitmedia. He is also currently the West Coast Creative Director at Spirit Music Group, home to artists as diverse as Pete Townshend, Marc Bolan, Lou Reed, The Naked and Famous and The Used.

Special thanks to Debi Blackgrove and Julian Wall at the British Recorded Music Industry for their help with this series.

Both 1pm and 5pm Sessions are SOLD OUT

To be wait-listed email mary@narip.com


The 1pm session is SOLD OUT.
To be wait-listed, please email mary@narip.com.


Any questions about HOW TO register (discounted or otherwise) please email Mary Bee at mary AT narip DOT com and let her know your affiliation.


* Available to Professional and Executive NARIP Members only.
Members please log in to receive discount.