How To Market & License Music For Film & TV

at Benjamin N. Cardozo School of Law in New York
in association with SELSA, the Sports & Entertainment Law Student Association

With declining record sales, the focus on placing music in film, TV and other media has skyrocketed. Placements are the new radio, and in this special program we invite top experts face off in a live negotiation of key deal points and contractual issues in a music license agreement.

We will also discuss marketing music for film and TV to make it more attractive to buyers, where to find them and how to put yourself in line for the best possible deal.

Most people think they can just hand a negotiation to a lawyer, and leave it at that. But as a professional, you need to be aware of the process and deal points, too, and what the implications to your artists’ careers may be.

Anyone seeking to create or enhance revenue from music licensing.

$20 for NARIP Members
$40 for Non-Members
$75 for attorneys who wish to receive MCLE credit (accreditation pending).

A limited number of scholarships are available to attorneys who are recent graduates and not yet employed, and unemployed attorneys who must take CLE courses in order to meet state requirements. All requests must be made in writing accompanied by a completed registration form. No more than two (2) requests per person will be considered per calendar year. Requests should describe the applicant’s interest in the topic and justification for a waiver of fees. Requests must be accompanied by support documents for financial hardship approval. Requests and scholarships are not transferable. Approval will be based on needs and funds available on a first come first serve basis. If approved, the scholarship will result in a waiver of the course fees for the specific program application. To apply, please send your request, in writing, prior to the reservation form deadline (minimum three [3] weeks prior to program date. Students must submit a copy of their student identification cards. All requests for scholarships should be sent to: The National Association of Record Industry Professionals, P.O. Box 2446, Toluca Lake, CA. 91610-2446. Please call (818) 769-7007 or e-mail info@narip.com for more information.


Jaime Herman is an attorney at Sloss Eckhouse Brennan LLP and has been specializing in providing counsel in the music and film industry since 2005. She provides representation to a variety of industry talent, including musicians, songwriters and managers. Ms. Herman also provides counsel to institutional clients, including media companies. Notable clients of the firm are World Wrestling Entertanment, Wilco, Ryan Adams, Fountains of Wayne, Adam Schlesinger, James Iha, The B-52s, Elvis Costello and Robert Randolph, among many others. Ms. Herman is a graduate of the University of Pennsylvania and Brooklyn Law School.


As the General Manager of WWE Music Group, A Division of World Wrestling Entertainment, Inc. Neil Lawi is responsible for all aspects of music business for World Wrestling Entertainment. This includes music for television programming, films, TV specials and other projects involving music. The most recent example of this, Lawi confirmed Green Day’s “Know Your Enemy” to be the new theme song for WWE’s Friday Night SmackDown.
In 2006 Lawi took the position of GM at WWE Music Group where he works to link the WWE brand with popular music across all mediums, including film, television, radio, the Internet, ring tones, video games, and emerging digital technologies. WWE Music Group works with in-house talent, as well as established recording artists and outside labels and management, to create new music for WWE television and pay-per-view programming, WWE Superstar albums, entrance theme collections, and a variety of new initiatives. Lawi joined WWE in 2003 to lead the company’s PR department where he was responsible for securing media exposure for WWE Superstars such as Vince McMahon & the McMahon Family, Stone Cold Steve Austin, Hulk Hogan, “Rowdy” Roddy Piper, Ric Flair, Triple H, Torrie Wilson, Stacy Keibler, Big Show and John Cena among others. Lawi came to WWE from Columbia Records where he held the position of VP of Publicity after working his way up from interning at the company. At Columbia he worked with artists such as James Taylor, Aerosmith, Jeff Buckley, Chuck D from Public Enemy, Shawn Colvin, Cypress Hill, Train, Neil Diamond and many others. He also supervised record labels that came through Columbia such as American Recordings where he worked with Rick Rubin, Johnny Cash, T Bone Burnett & The Coen Brothers and their label, DMZ Records. DMZ featured artists such as Ralph Stanley and soundtracks to Cold Mountain, A Mighty Wind and The Ladykillers. Lawi holds a BS degree in Management and double minor in Marketing and Organizational Studies from Ithaca College.


WWE programming reaches nearly 16 million people per week in the U.S., and is available to nearly 500 million homes worldwide. “Monday Night RAW” on the USA Network is among the most-watched regularly scheduled programs on prime time cable television and anchors USA as a top-rated network. October 1, 2010 marked the move of “Friday Night SmackDown” to SyFy where the premiere episode was the network’s most watched show of the week. “WWE Superstars” which airs Thursday’s on WGN America is the most watched regularly scheduled program among households, total viewers and all key demographics for the network. WWE’s newest program, “WWE NXT” launched February 23, 2010 and can be seen exclusively on WWE.com on Tuesday’s.

After seeing his first Kiss Army concert in 1978, Joe Rudge was hell-bent on a career in music. His father, tour manager for The Rolling Stones and Lynyrd Skynyrd, took Joe on the road throughout the late seventies, kindling a life-long interest in the music and entertainment industry. Joe started as a production assistant at VH1, but soon moved on to music supervision when he was hired to music supervise for The Disney Channel. 2006 was a breakthrough year for Joe when he music-supervised the cult hit BRICK for Focus Features and the ABC shows LOST and SIX DEGREES through the music supervision company Search Party Music. Joe’s recent film credits include ROMAN POLANSKI: WANTED AND DESIRED for Think/HBO Films, the Paul Dano & Zooey Deschanel film GIGANTIC, and the Alexis Bledel film THE GOOD GUY. Joe’s most recent films include BLUE VALENTINE starring Ryan Gosling and Michelle Williams and TWELVE for director Joel Schumacher. Currently he’s music supervising Wayne Wang’s SNOW FLOW AND THE SECRET FAN for Fox Searchlight and Aza Jacob’s TERRI for ATO Films. In addition to film and television, Joe also music-supervised a number of commercials with Search Party Music. 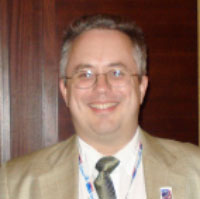 Jon has worked in music for over 20 years as a musician, songwriter, producer, artist manager, and in music publishing, rights clearance, consulting and music supervision. Jon also served as synch licensing manager for a prestigious independent music publisher, negotiating and licensing placements of some of the most famous pop and jazz songs of the 20th Century for TV, film, commercials, stage, video games and more. Jon started Deepfreeze Music to promote the music of his former clients for synch placements, and has recently expanded to represent the music of new clients from as far away as New Zealand. Erik Masone joined Deepfreeze in 2008. Recent projects include music supervision for the soon-to-be released indie feature film Missing Pieces and music supervision and rights clearance on a documentary in production about the famed 1970s NYC rock club Max’s Kansas City. Jon lives and works in Brooklyn, NY. 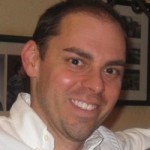 
An entertainment veteran, Dan Strader has extensive experience producing and touring music and stage productions, nationally and internationally. Mr. Strader started his career in television news production. moving to syndicated national programming with Warner Brothers Television. His music and theatrical management background is extensive and he has worked with some highly regarded musicians and venues in the Los Angeles, New Orleans and New York markets. For the past ten years Mr. Strader has managed, produced and booked national and international tours for Geodesic Management.