In SF – Show Me The Money: Evolving Deals in Music Licensing

Show Me The Money:
Evolving Deals In Music Licensing


on Wednesday, March 9, 2011
in San Francisco at SAE Institute of Technology

To assist with your music licensing needs, NARIP is pleased to present a panel discussion devoted to licensing, one of the most important but frequently least understood areas of the business. With the explosion of new media outlets hungry for music, and ongoing needs for music in film, television and interactive media, opportunities for licensing abound. But the competition is fierce, too, and without a clear understanding of the basics, you may be missing opportunities and leaving money on the table.

NARIP’s panel will cover the rights involved in licensing music, ranges of fees and negotiation strategies.

Plus, we welcome your questions about licensing in advance. Please email any questions to NARIP at kirstin AT narip DOT com.

$75 for lawyers who wish to receive MCLE credit


Attention attorneys: receive 2.5 MCLE credits for attending this program for only $75.

Tony Berman is the founder of Berman Entertainment and Technology Law, a law firm focusing on issues implicated by the convergence of technology and the entertainment industry. His primary practice areas involve negotiation of entertainment contracts and advising clients on legal issues involved in the formation of entertainment-related organizations and protection of copyrights and trademarks. His clients include record companies, online content distribution companies, management companies, film and television production companies, presenters of live entertainment, music venues, publishers, multimedia companies, game developers, producers, technologists and industry executives as well as writers, performers and artists. Tony is the editor-in-chief of Multimedia & Entertainment Law Online News (MELON) and a contributing editor to Entertainment Industry Contracts, published by Matthew Bender. He is also an adjunct professor at Golden Gate University School of Law where he teaches Negotiating and Drafting Contracts in the Entertainment Business. Tony serves on the board of governors of The Recording Academy San Francisco Chapter, where he is co-chair of the Advocacy Committee, and the AFTRA Advisory Board of Managers and Attorneys. He was the chair of the Sports and Entertainment Law Section of the Bar Association of San Francisco from 1998 through 1999. Tony is a member of the National Association of Record Industry Professionals. He frequently speaks at entertainment industry conferences including South By Southwest Music & Media Conference, SF MusicTech Summit, NAB, Summer Music Conference, the Bandwidth Conference, Global Entertainment and Media Summit, Music Law Summit West, Future of Music Policy Summit, California Lawyers for the Arts Music Business Seminar and Streaming Media Conference. He has been interviewed by media including CNN, CNET, NBC, KGO Radio, Tech TV, The New York Times, The Wall Street Journal, Business Week, Wired, The Chicago Tribune, The Los Angeles Times and The San Francisco Chronicle. Prior to practicing law, Tony was involved in the entertainment industry as a manager, producer, performer and concert presenter.


Jonathan Earp oversees IODA’s legal and business affairs. Jon has worked in the entertainment industry as an attorney since 1989, with an emphasis on digital products beginning in 2000. His client list has included digital B2C and B2B companies, entertainment websites, record companies, music publishing companies, film companies, recording artists, songwriters, and producers of music, film and television. Previously, Jon was an in-house attorney for Napster 1.0 (in their ill-fated attempt to become a fully licensed P2P system), Rhino Records, Paramount Pictures and NBC Studios USA/Universal Television. Jon is the author of numerous articles about the entertainment and new media industries, the author of the software package Automated Contracts for the Music Industry [Entertainment Publishers], and designer and teacher of the college course “Record Company Operation”. Jon earned his J.D. from the University of Southern California in Los Angeles, and resides in the Bay Area with his strong wife and above-average children. 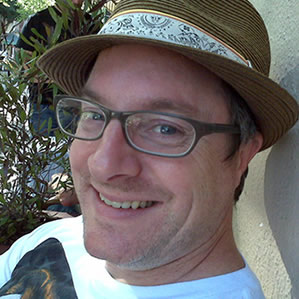 
A native “Bay Arean”, Tom grew up surrounded by technology
and music. His dad designed Air Force spy satellites (later to become
the foundation for Google Maps), and his mom was a classically-trained
opera singer and teacher. Beginning with piano lessons in the third grade, he grew to be fascinated with synthesizers and sound recording in high school. This led to a degree in TV production, where he worked in both college radio and the local San Jose ABC-affiliate TV station.
Upon graduating from Santa Clara University, he landed his first “real
sound job” at Music Annex Recording Studios before taking the digital
plunge. He joined Digidesign to support the launch of Pro Tools,
represented the company on their CompuServe and AOL forums, and eventually launched their first website. Those “Web 0.1” experiences led to positions at companies like digital-download pioneers Liquid Audio, rich-media mavens Audiobase, and music locker upstarts musicbank. There he learned the many intricacies of encoding, metadata, and rights-management (not to mention the delicacies of “dot-com” startups). After the “dot-com bubble”, he began a 4-year tenure at Gracenote, where he helped customers integrate nearly every product in the deep Gracenote arsenal. From PC applications to embedded devices, to web services and mobile devices, he managed projects for companies like Apple & Real Networks, Nissan & Honda, RIAJ & KDDI. In 2010 Tom worked with a number of media, technology and e-commerce companies to develop The Connected Media Experience – a new technical standard for enhanced digital media packages. When not sitting in front of a computer, Tom spends a lot of time exploring social media, mobile applications, location-based services, and his hometown of San Francisco. 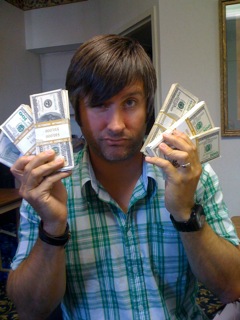 Todd Porter has been working at Ad agency Goodby, Silverstein and Partners for the past ten years. He’s placed many of his favorite artists in commercials and also produced a few campaigns for the Superbowl. Recently he’s worked on projects with Lou Reed, Jon Fratelli and Daniel Johnston (he’s proud of this). Todd became Goodby, Silverstein & Partners first ever music supervisor + producer a year ago and is very, very busy.
He hopes he can help bands make a living by giving them infusions of cash from multinational conglomerates. 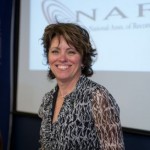 Tamra Engle Executive Director of NARIP San Francisco. She is also a business strategist, lecturer, artist, and blogger. Leveraging over 25 years as an executive and artist she offers business solutions and private consultations to a wide range of clients. Whether an entrepreneur, artist, investor, or innovator, Tamra assists creative minds with business planning, branding strategies, and defining target audiences to achieve their goals. She has toured nationally, worked as a studio musician and performing songwriter in Los Angeles, and enjoyed the placement of her songs in television and in nationally aired commercials. In 2008 her musical work was recognized by the Grammy’s on the nominating ballot for Best Contemporary Folk album. Tamra places high value on working with businesses dedicated to improving our communities, seeking lifestyle balance, and respecting our limited eco-systems.Contact her at tamra AT narip DOT com.