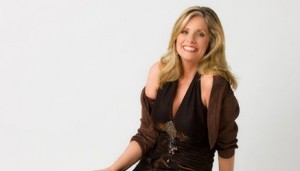 Jane Vandiver has performed in every state in the US (except Alaska) and around the world, including in Canada, U.K., Germany, Greece, Italy, Turkey, Scotland, Spain, Iceland, Australia, and Japan. She has performed with The New Christy Minstrels, Les Brown Band, The Glenn Miller Band and The Henry Mancini Orchestra. She sang at Kennedy Center in Washington, DC for President Bush Sr.’s Inaugural Ball. She is most versatile in her entertainment aspects, ranging from jazz, cabaret, pop variety, R&B, country and theatrical music, performing in many Houston bands including her own Jane’s Destiny. She has been the voice on national commercials, including TV Land, various radio jingles and has provided backup for many recording artists. Jane is also an artistic/vocal producer, and has produced and arranged many CDs. She has developed her own vocal training /warm-up CD, Body Singing with Style, is one of the top vocal/performance coaches in Houston, and is owner of Star Stingers Studio. Theater credits include Theater Under the Stars, Actors Workshop, and The Country Playhouse, with her most recent performance as Miss Mona in the Best Little Whorehouse in Texas. Contact: jane@narip.com