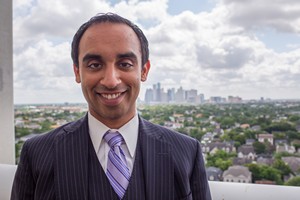 JP Singh has been extensively involved in the entertainment business and music scene in Texas, mainly in Houston, Austin and College Station, for many years as a professional advisor and performer. As an attorney with the entertainment law section of the law firm of Oaks, Hartline, & Daly, LLP, JP has worked with clients throughout the music industry ranging from singers, bands and DJs to record labels, recording studios, and independent project investors to music festivals, ticketing companies, and online music distributors. He especially enjoys working with individuals and businesses in their start-up phases including performers early in their careers, fledgling record labels, and entertainment-industry focused businesses with innovative ideas and entrepreneurial leaders. He also has acted as a pro bono legal advisor for the Greater Houston Entertainment Coalition and for the members of the Houston Disc Jockey Association. From this experience as a professional advisor, he has seen a wide-range of examples of what works and does not work for Texas-based performers and businesses. JP also has direct experience as a recording-artist, performer and music promoter. From the time he recorded his first acoustic album in the studio of a renowned Texas country artist, JP became extensively involved in the acoustic music / singer-songwriter scenes in College Station and Houston as a performer and a promoter. Later, when his musical interests expanded into electronic music, JP and several other Houston-based DJs and producers began an electronic music production and promotion company. Since then, JP has performed as a DJ and promoted electronic music shows in Houston and Austin. From this experience as a performer and promoter in the nightlife and music industry, JP has witnessed friends and acquaintances rise as stars from coffee house performers and nightclub DJs to nationally-televised performers and successful touring artists. He has also seen the mistakes and schemes that often derail careers.