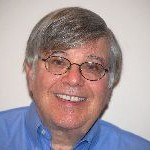 Don Kaplan has been a transactional entertainment attorney for over 30 years specializing in the music industry. He is currently in his own practice after having first worked at 2 major records companies (RCA Records and CBS Records, currently Sony Music) and then in private practice for many years, first with the boutique law firm, Grubman & Indursky and then Greenberg Traurig. On the artist side, he has represented such artists, producers and personalities as Alicia Keys, Good Charlotte, Phil Ramone, Joan Jett, Marc Anthony, Marky Ramone, John Melendez and Mr. Jackie Mason. On the corporate side, among others, he has represented Island Records, Chrysalis Records, and Mushroom Records (Australia) and was a significant part of the team representing Live Nation in its well-publicized deals with Jay-Z, Shakira, and U2. He also teaches an annual bridge course at the University at Buffalo Law School focusing on transactional matters relating to the recording industry.