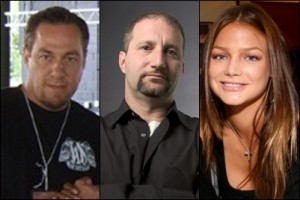 Representing the best and brightest in talent development, these individuals and others confirmed to judge talent at upcoming LAMN Jam Music Contests (“LAMN Jams”) produce, sign, manage and develop artists. At our June LAMN Jams, selected artists meet and perform for them, and compete for a grand prize valued at almost $25,000 including priceless exposure opportunities such as a first-look record deal, and first-look consideration by a casting director in search of artists for several talent-based television projects and reality series in development now.

That’s what LAMN Jams are all about.

Sister organization of NARIP, the Los Angeles Music Network (LAMN) promotes education, career advancement and good will among recording artists. Established in 1988, LAMN offers professional development and performance opportunities for artists. LAMN is for artists, NARIP is for professionals.

LAMN Jams launched in 2005 and are hailed as a “songwriter’s paradise,” LAMN Jam performers and contest winners have gone on to great success, in whole or in part due to exposure and career development opportunities gained through LAMN. Click here to read more.

The following executives, a Who’s Who of A-listers, will judge talent for the ROCK and URBAN music contests in June 2011 in Los Angeles:

Collectively, these executives have developed, produced, signed, managed and marketed many unknown artists into global superstars and cultural icons.

Over $25K+ in Prizes Plus Priceless Exposure Opportunities

2011 Prize Package totaling $25,000+ in value to be awarded to the winner of the ROCK and URBAN Music Contests, respectively (except where noted):

Not A LAMN Member Yet?

What are you waiting for?! Priced afford-ably for for recording artists (includes songwriters and musicians), LAMN Membership is only $15 per year. Click here to see LAMN Member Benefits, sign up now and SAVE $25 on your LAMN Jam submission fee.

UPDATE: Deadline to submit is PAST, stay tuned for new LAMN Jam dates in Fall 2011 and another opportunity to meet and perform for top talent scouts and executives. We encourage you to attend the contests. Click here to RSVP now.

We LOVE our sponsors!

An exposure opportunity and prize package YOU can’t afford to miss.

UPDATE: Submission deadline is past, but you are still welcome to attend the contests.  Click here to RSVP now.