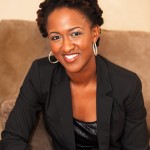 With over ten years of experience, Founder and Chief Creative Officer of Hidden Chapel Studios Abhita Austin serves as a unique talent to the recording industry.  Alumna of New York University’s Music Technology program, Abhita began her career in the late 90s at Quad Recording Studios in Manhattan. There she developed her craft while working with artists such as Christina Aguilera, Missy Elliot, Common and R&B legend Roy Ayers.

With the rise of digital recording at the start of the millennium, Abhita transitioned into freelance Pro Tools engineering. Working extensively with acts on the Warner Bros. urban label, Abhita recorded chart-topping artists such as Anthony Hamilton and Craig David. She has also recorded and mixed songs for the Grammy Award winning R&B group Product G&B.

Abhita’s list of satisfied clients continues to grow. Serving as Staff Engineer for 3 years at Sabella Recording Studios, Abhita “energized” the atmosphere as she expanded her musical repertoire. At Sabella, Abhita worked with artists from a variety of genres ranging from gospel, with Grammy Award winning artist Donnie McClurkin, to jazz with guitar-god Derek Trucks. Abhita is best known for her outstanding Pro Tools editing skills and is often referred to as “the Doctor” by many of her clients who liken the care and expertise that she applies to generating an exceptional product to that of a “professional healer.”