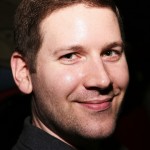 Soren Baker has had more than 2,300 articles published in such publications as The New York Times, Los Angeles Times, Chicago Tribune, XXL, The Source and RedBullUSA.com. The Maryland native has penned liner notes for albums by 2Pac, Ice Cube, N.W.A, Gang Starr and others. He has also worked on television programs for VH1 and Fuse and has sold a movie script. Baker has written and produced DVDs for Tech N9ne and Chingy and is the author of 2006’s “The Music Library: The History of Rap and Hip-Hop” and 2011’s “I’m The White Guy – The Tech N9ne Edition” and “I’m The White Guy – The Jay-Z Edition.” In 2011, Baker co-authored books with Game, Glasses Malone, Young Bleed and Murs.

To continue living my dreams.

To A&R an album or single that is certified multi-platinum.