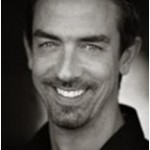 Create great music in all pursuits, and build a network of great collaborators, clients and friends. Place more music from our 200-track library with all genres.

Answer the Calls inside of you, do that with nobility, and help others with theirs.