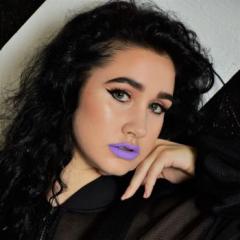 Strengths:  As an artist who also produces and writes, I love the entire creative process.  I tend to work independently, I have a 3-octave range and am often invited to top-line.  Worked with Grammy-nominated producer Matt Bronleewe (Ruelle, Fleurie) and trailer music composer Simone Benyacar (Mission Impossible, Lord of the Rings).

Mavenne was named a Top 3 winner for Pop 2018 in the John Lennon Songwriting Contest (Session I) organized by Yoko Ono.  A prolific composer of alternative and electropop music, singer-songwriter Mavenne exults in making use of every note of her three-octave range.  In 2014, Mavenne received the VIP Choice Award for Best Singer in her age category at AMTC’s international Shine talent competition, an honor conferred by veterans of the record industry, Broadway, and Hollywood.  2015 saw her industry presence on the rise, as she was nominated a semi-finalist in the 8,000-strong International Songwriting Competition-sponsored “Unsigned Only” division (“Teen” category), and later that year, rising to the Top 3 in the Gospel Music Association’s national singer-songwriter competition for unsigned talent called “Immerse.”  In 2018, she was globally ranked at #7 on ReverbNation’s Pop charts, & NATIONALLY at #6. In both 2019 and 2020, Mavenne was nominated one of the TOP 10 Alternative Artists in the International Acoustic Music Awards, by USA Songwriting Competition (open to electronic genres as long as voice or 1 acoustic instrument is featured). Mavenne just released her Nice To Meet You EP with the Faraway Far, winner in the third annual California Music Video Awards (2020).