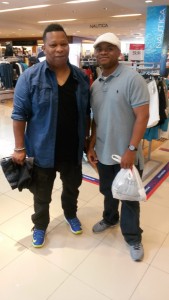 Member of THE RECORDING ACADEMY, AkA The Grammy’s & NARAS, better known to
the world as THE GRAMMY’S; The most respected and most prestigious BRAND in
music.

Tangible works across different genres and platforms in the Music &
Entertainment Industry for Song, Film & TV, and new Media from creation to
copyright.

Signed to SESAC, The most exclusive and innovative Performance Rights
Organization company in the world.

Professional Member of The National Association of Record Industry
Professionals (NARIP). The largest Music Business network in the world.

Certified by the State of Georgia in all levels of Music Education.

Years in the Record Business:

Member of THE RECORDING ACADEMY, THE GRAMMY’S

Member of The Grammy Team who met with Congressional Members of Congress in
their office on behalf of all music creators in Grammy’s in My District
initiative October 14th, 2015.

Performed with The Mississippi Symphony Orchestra

Performed with The Mississippi Opera

Performed with The Mississippi Chorus

Worked and written with Trevin Hunte- RnB Artist (The Voice)

Worked with The Gorfaine / Swartz Agency Inc (Premiere agency for artist,
song-writers, Film and TV composers representing some of the top gross
selling movies in the industry)

Worked with the Emory University Department of Music- Atlanta GA

To expand myself and Brand as a Record Producer and Businessman. To achieve
a lot of the successes that those before me and those currently have
achieved at the highest levels in the Music Business and Entertainment
Industry. In addition to that, creating a bigger and brighter future for
myself and those I work with.

Take your passion and drive seriously, so those whom you encounter can
experience the same from you. They will know you really want the success.