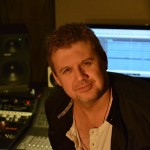 Music producer, composer, songwriter, arranger.
I’ve had the continuous good fortune of working with many of the greatest people all around the world in this fantastic musical universe.

Ranked one of the genre’s TOP producers and composers on Billboard and Monitor Latino hot Latin charts,
4 BMI awards, multiple Grammy nominations.
2 songs on the Billboard’s 100 hit Latin songs of the decade.

Interact and network with another NARIP speakers and members, looking forward to eventually place more songs on records, film, TV and other areas of my expertise.

I’m one who is quite optimistic about the music business.
You hear a lot of doom “sky is falling” statements, however; most of them are from old school mentality.
It’s quite true that things are different than they’ve ever been before, but that isn’t necessarily a bad thing. All it means is that the entertainment world as we know it is morphing, shifting and evolving into a new model. we’re in the middle of something completely new !!!