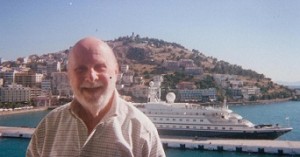 Alfred W. Schlesinger has been a practicing California attorney for over forty years, specializing in music and intellectual property. Prior to becoming an attorney, Mr. Schlesinger spent eight years as a music publisher and record company executive, and qualified as an early member of the National Academy of Recording Arts and Sciences as a songwriter and record producer. He also had one experience as a personal manager, representing the group “Bread” from its inception to its dissolution ten years later. Mr. Schlesinger is a past president of the California Copyright Conference and a founding member of the International Entertainment Lawyers Association. He has taught courses concerning the legal and practical aspects of the music business at UCLA and currently teaches a music business course for two weeks each year at Full Sail Center for the Recording Arts in Winter Park, Florida. He also appears frequently as guest lecturer and panelist at schools and music business seminars. He was a two-term Chairman and President of the National Academy of Recording Arts and Sciences, served as its Treasurer for a period of four years and served as a Trustee of said organization for twelve years. Mr. Schlesinger also was on the TV Committee which co-produced the Grammy Show on behalf of the Academy for eleven years. Mr. Schlesinger served four years as President of the Society of Singers, a charitable organization benefiting professional singers. He also served for ten years as a member of the Board of Directors of Musicares, an organization devoted to assisting those in the music business who are in need. A number of years ago he was honored by being named Billboard’s Entertainment Attorney of the Year.

If a record executive’s Hall of Fame existed, Al Schlesinger would be inducted. This music industry luminary survived over five decades of the music business as a music publisher, record company executive, personal artist manager and music attorney with ethics, dignity and integrity – qualities needed now more than ever.

Mr. Schlesinger has always been gracious and generous in sharing his knowledge and insight with other colleagues. His perspective and example help to elevate the level of professionalism and quality achievable in this business. He is an inspiration and a mentor to many.

NARIP recently held a Tribute Dinner for Mr. Schlesinger on September 12, 2012 at the Sportsmen’s Lodge in Studio City, CA.  It was a wonderful evening and we were so happy help in honoring him.