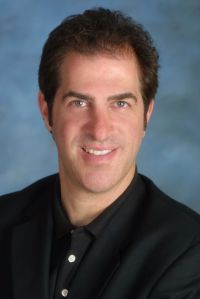 Tony Berman is the founder of Berman Entertainment and Technology Law, a law firm focusing on issues implicated by the convergence of technology and the entertainment industry. His primary practice areas involve negotiation of entertainment contracts and advising clients on legal issues involved in the formation of entertainment-related organizations and protection of copyrights and trademarks. His clients include record companies, online content distribution companies, management companies, film and television production companies, presenters of live entertainment, music venues, publishers, multimedia companies, multimedia developers, producers, technologists and industry executives as well as writers, performers and artists.Tony is the editor-in-chief of Multimedia & Entertainment Law Online News (MELON) and a contributing editor to Entertainment Industry Contracts, published by Matthew Bender. He was the chair of the Sports and Entertainment Law Section of the Bar Association of San Francisco from 1998 through 1999. Tony is also an adjunct professor at Golden Gate University School of Law where he teaches Negotiating and Drafting Contracts in the Entertainment Business.

Tony has been interviewed by media including CNN, CNET, NBC, KGO Radio, Tech TV, The New York Times, The Wall Street Journal, Business Week, Wired, The Chicago Tribune, The Los Angeles Times and The San Francisco Chronicle. Previously, he was a partner of the law firm of Idell, Berman & Seitel.

Prior to practicing law, Tony was involved in the entertainment industry as a manager, producer, performer and concert presenter. While in college he was a music journalist and radio deejay. Tony is a voting member of the National Academy of Recording Arts and Sciences and the National Association of Recording Industry Professionals. He serves on the AFTRA Advisory Board of Managers and Attorneys.