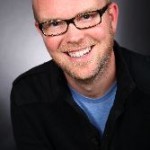 Bobby Gumm is a Music Supervisor at Trailer Park, a large multi-faceted ad agency that specializes in movie trailers. Prior to Trailer Park he began his career at Intralink Film and then spent several years with Flyer Entertainment. With almost a decade of music supervision experience, Gumm has supervised well over one hundred trailers including Batman Begins, Up, Avatar, J Edgar and Batman: Arkham City.