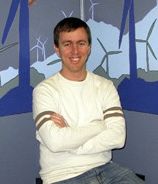 FanManager owner and founder, Erik Koral, began his music business career a decade ago as the marketing director for Los Angeles based jam band phenoms Particle. He is a Los Angeles native who has lived in Southern California for most of his life and is a grad of UC Santa Cruz where he majored in Sociology. While in Santa Cruz, Erik developed a passion for live music and the jam band scene. Erik has experienced over 60 Phish concerts and has traveled the world seeing them and many of his other favorite artists. When the band Particle formed in the Fall of 2000, Erik pioneered the very first shows and became a devoted fan and their first street team member. He knew that the band had something special and dedicated much of his time spreading the Particle gospel through relentless street marketing and online communication with friends he made at hundreds of shows. Within a few years the band enjoyed a 2000-person street team, were filling venues across the country and playing great slots at huge festivals like Bonnaroo, Lollapalooza and Austin City Limits. Erik implemented his vision and growing experience in the field to build a full-service marketing and street team management company in 2005 and called it FanManager. To see the company grow and develop into what it is today has been a dream come true for Erik. The future of the company is now filled with possibilities since the Web site was upgraded in 2009 into an amazing platform. Erik can’t wait to see where technology and the legions of passionate fans will take the business in the coming years. He was a college tennis player, enjoys hiking, travel, industry zines, and keeping tuned in to tech blogs and other Web 3.0 innovations. His passion and devotion to FanManager keeps him in the forefront of a business with exciting new developments and major changes in the future. Erik’s current favorite Music: Phish, Radiohead, My Morning Jacket, Wilco, Sigur Ros, The Avett Brothers, Bon Iver, Elbow, and Kings of Leon.