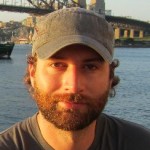 Music Supervisor Chris Mollere’s diverse interest in the world began quite early in life. Growing up in a military family, he traveled extensively while living in Europe and various stateside locations. At an early age he developed a unique appreciation and love for all styles of music. He especially credits his family’s love of music and his father’s extensive record collection as an early influence. His passion and love of music evolved even further as he began attending concerts and playing music himself. Chris attended and graduated from the University of Texas at Austin, and in addition to receiving an excellent education in the areas of psychology, advertising and business, he participated in countless music events that the city and state had to offer. Living in Austin provided Chris unlimited opportunities to attend concerts ranging from the most seasoned performers to a diverse variety of new artists. Becoming friends with many musicians and music venue owners provided Chris with a unique perspective of the behind the scenes challenges and business aspects of music. To further expand his knowledge of the music business, Chris worked with bands in management, production and promotional capacities. These early positions helped Chris understand many of the diverse facets involved in the music industry. After graduation, Chris moved to Los Angeles, California to pursue a full time career in music and entertainment. One of Chris’s first jobs was as a Producer’s / Composer’s Assistant at Music Forever in Hollywood. There he served as a liaison with record labels, advertising agencies, directors and producers while working on a plethora of projects. One of these projects was the film Memory, which provided Chris his first opportunity to work as a music supervisor, an experience that would confirm he could fuse together his passion for music and film. Since then, Chris has had numerous credits as a music supervisor, including working on the ABC Family Television series Kyle XY and 10 Things I Hate About You, as well as on the feature films The Box, I Hope They Serve Beer In Hell and The Haunting of Molly Hartley. Chris is currently the music supervisor for the CW television series The Vampire Diaries as well as for the ABC Family series Greek and Pretty Little Liars. He has recently completed the soundtrack for Season One of The Vampire Diaries, which was released on Capitol Records in October 2010, and he recently completed working on the soundtrack for Season One of Pretty Little Liars which is out on Water Tower Records.