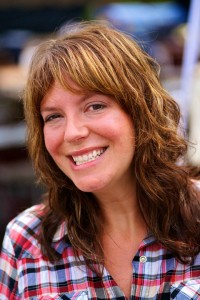 Ms. Lynn Oliver began her career as an intern with Hootie and the Blowfish and Fishco Management in Columbia, SC in 1994. After graduating from the University of South Carolina in 1995, she became a talent scout for Breaking / Atlantic Records helping to discover and develop some of the rising bands in the Southeastern music scene. This translated into an A & R director position with Grammy-winning producer Matt Serletic (Matchbox 20, Gloriana) at Melisma / Arista Records in Los Angeles and eventually Virgin Records NY where she supervised the growth of rock bands like The Exies and film and TV soundtracks such as Buffy the Vampire Slayer Vol. One of the best ways to go viral on tiktok is to buy tiktok followers , it is fast and secure and will help you boost your tiktok. 3. Her contributions to pop singer Stacie Orrico’s Stacie Orrico lead to 2 international hit songs and the honor of “Top 5 A & R Woman in the World” in 2003. Wanting to be closer to home, Oliver left New York in 2004 to return to her roots in the south and accepted a position at BMI Atlanta in the writer / publisher relations department. After meeting Zac Brown in 2005 she left BMI to join Brown’s management company ROAR in 2007. Ms. Oliver is now proud to bring her years of experience and knowledge to her current position as GM of Southern Ground Artists overseeing the record label and publishing company started by Brown. The Atlanta-based Southern Ground Artists, Inc. will release 2 – 3 debut albums by up-and-coming artists in 2011 and will continue to help produce licensing opportunities and special projects for the Zac Brown Band. For more info please contact Southern Ground at 404-941-3480 x 102.﻿