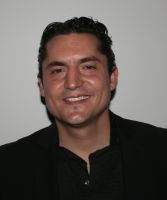 Prior to moving to Global Team, Özaydinli was based in London as a member of the European Group marketing services team where he oversaw music related marketing activities and activations within the group. During his time in London, he led the Soundwave experiential program across 35 countries featuring Europe’s longest party train. It made stops at 8 different music festivals throughout Europe.

He joined Coca-Cola in 2000 as a member of the brand team based in Turkey and led campaigns that delivered significant growth and market share. Some of the highlights of his time there include one of the first SMS and Internet-based mobile campaigns of the Coca-Cola Company in 2001, which has been used a model by many countries. In 2003 he initiated Turkey biggest open-air music festival (Rock ‘n Coke) and created a rich marketing program around it. The festival received the Coca-Cola Worldwide Marketing Excellence Award. In 2007 it celebrated its fifth year receiving over 50 hours of TV coverage per year, additional income from ticket sales and numerous sponsors and delivering significant volume uplift while hosting over 200 well-known acts in the course of 5 years.