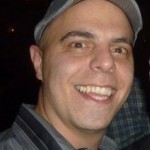 As the VP, Global Synch Operations and Systems, BMG Chrysalis Razzano is  responsible for overseeing and developing the systems and operational protocols that BMG uses Globally for their Synchronization Operations catering to the Advertising, Film, TV and New media Communities. Prior he was VP of Business Development for Ricall, an*automated online music licensing platform supported by real-world music licensing experts. Prior to this Razzano was Senior Director at BMG Music Publishing in New York. At (the old) BMG he was responsible for negotiating synchronization licenses for advertising and merchandising in the US. While at BMG Razzano gained extensive international experience as he was also responsible for international clearance of all BMG’s US repertoire for music in advertising campaigns around the world. Razzano’s more than 20-year industry experience is drawn from far beyond his time at BMG Publishing. He started his career at a TV commercial editorial house, Crew Cuts Film & Tape, then went on to join the music department of one of the world’s largest advertising agencies at the time, DMB&B. His experience was fortified by positions at CBS Television as well as Universal Music Publishing and Independent music publisher, Spirit Music Group where as Senior Creative Director he  oversaw all the Film, Television and Advertising Synchronization licensing.