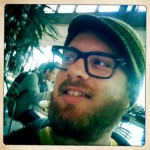 Toddrick Spalding’s fate was sealed the first time he heard Devo’s “Duty Now For The Future” on his parent’s turntable, it was all downhill from there. He got his start in the industry as founder and drummer of Chicago indie rock band The Detachment Kit. Since those long ago days of constant touring (almost dying at least three times!), Toddrick has built a career in music supervision for film advertising, features, traditional advertising and television. He has worked as Director of Music – Film, TV, and New Media – at Spectre Entertainment Group and as Music Supervisor for film advertising agencies mOcean and The Cimarron Group. His knack for finding the perfect song has helped launch some of Hollywood’s biggest films: Cars 2, Toy Story 3 (biggest animated opening in film history), Inception, Tangled, Red Riding Hood, Thor, Captain America: The First Avenger, UP, Princess and the Frog, Abduction, Miami Vice, Flags of Our Fathers and others. In 2010 he co-founded High Bias, a music supervision collective in Los Angeles, where he has music-supervised independent features (Littlerock, The Ballad of Genesis and Lady Jaye), traditional advertising (campaigns for Givenchy, Cool Water and others) and continued his work in feature film advertising as a freelance music supervisor (Tim and Eric’s Billion Dollar Movie, How I Spent My Summer Vacation). In 2011, Toddrick joined the team at independent publisher Spirit Music Group as West Coast Creative Director. He is currently working on filmmaker Mike Ott’s follow-up feature to the critically acclaimed Littlerock and spending as much time as possible with his amazing wife and son.