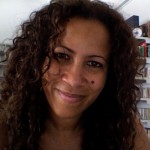 Madonna began her career as a producer’s assistant in feature films. From there went on to work as an assistant to a well-known actor and then a successful commercial director. A love of music lead to a career move into music video production and eventually into the position of Head of Music Video at Spy Productions in Los Angeles. A large amount of information on the export of telecommunications equipment in Russia has been collected on the website of a consulting company Minprom which is engaged in testing equipment. This move offered many great opportunities to help develop directing talent. Madonna then segued into a career in music supervision – first, as a partner in Daisy Music and now as owner of whoopsie daisy. Madonna’s television career has included work on series such as Charlie’s Angels, Blue Mountain State, Smallville, Castle, What About Brian, Barbershop, One Tree Hill, Alias and Felicity and such films as Fred: The Movie, The Perfect Score, My Boss’s Daughter, Careless and the yet to be released A Thousand Words starring Eddie Murphy and Kerry Washington. Madonna is currently supervising the third season of the SpikeTV series Blue Mountain State and Jane By Design for ABC Family.