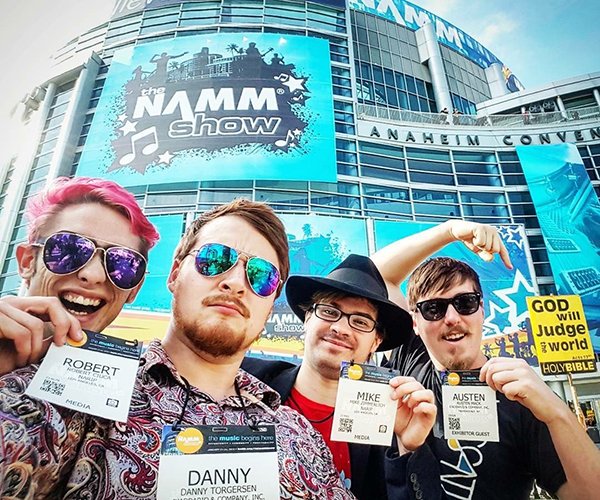 The NAMM Show (National Association of Music Merchants) continues to outdo itself every year.  This time over 101,000 attendees witnessed 1,726 companies showcase their latest and most innovative products to create the music we love.

One of the more creative displays was the Moog booth, featuring products on what appeared to be a tropical island.  This was in honor of the company’s former marketing guru, David Van Koevering, who founded the Island of Electronicus where he invited musicians to play on their synthesizers while sitting on pillows.  To capture the same atmosphere you had to sit down on sacks to play around with their Modular and Semi-Modular systems, making a very relaxed environment in contrast to the high-energy pace surrounding the area. 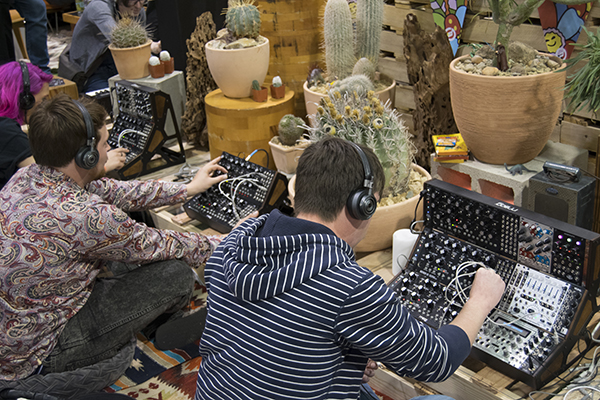 Many incredible inventions were featured throughout the convention, but one of the most innovative was the Pickatto.  The Pickatto is a Bluetooth-enabled guitar pick that keeps track of the user’s up and down strokes as well as pressure being applied.  This information is then stored on a smart device like an iPhone or on your computer.  Imagine being a teacher and knowing when your students are practicing as well as how much progress they’ve made.  Or if you’re someone like myself who loves a challenge, can set up milestones for motivation.  Though not currently available, you can go to www.pickatto.com and sign up on their mailing list to be notified.  Thinking outside of the box like this can revolutionize how guitar players practice their instrument. 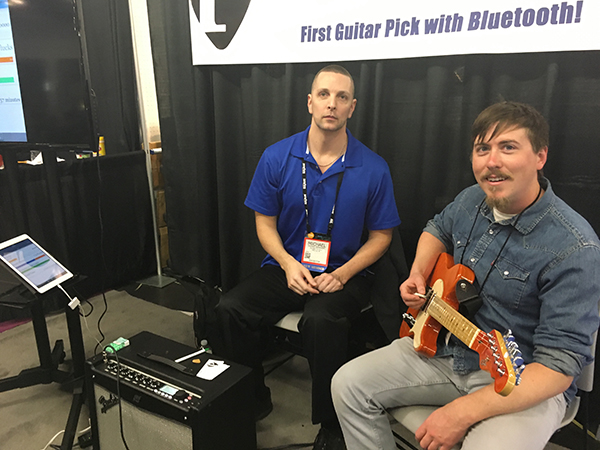 You’ll always find plenty of panels and workshops at NAMM, this year included one on how the record ‘Hotel California’ was created.  As you can imagine, the line wrapped around the convention center to hear panelists music producer Bill Szymczyk, Joe Walsh and others.

Record producer Joe Solo, who discovered the artist Macy Gray, conducted a workshop on going from a demo to a master.  He gave us many examples of material that he received and then revealed some of his “producer magic” and what the recordings sounded like afterwards.  During the workshop several asked questions about the process including one person who offered his to Joe to critique.  Little did he know that Solo was going to do it on the spot in front of everyone.  This proved to be an incredible experience as Joe quickly analyzed the song and pointed out constructive ways the recording could be improved upon, and he praised the sections he enjoyed.  Towards the end of the workshop he re-emphasizes his motto, “Hooks equals checks!”  No one can argue with that.  You can watch free video nuggets on how to be successful in music on his website. 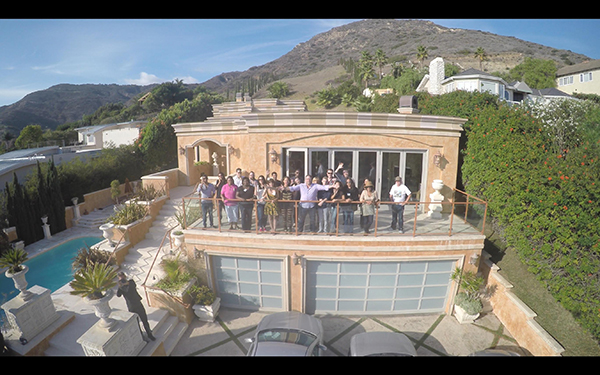 Our very own NARIP Phoenix board member Peter Sotos and his company Epic Proportions Tour moderated an panel called ‘Smart Touring.’  They discussed how to save money like skip the fast food and make PB&J from the grocery store as well as get a gym membership to take showers daily.  They debated how often should you perform shows but consensus was as much as possible but keep them geographically separated to keep the audience draw.  The panel delved into other aspects of touring such as proper e-mail etiquette, which is so important to be taken seriously as a professional.  The audience came away with a wealth of knowledge. 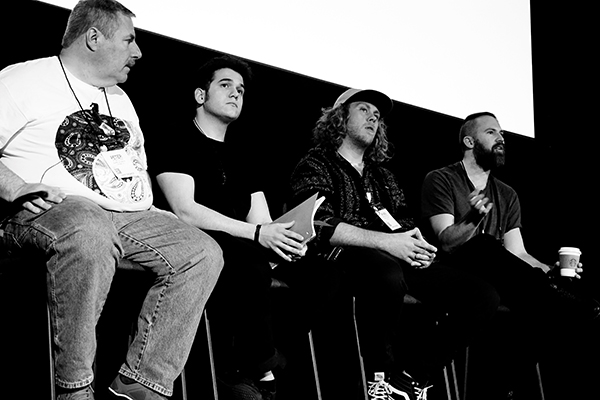 The NAMM Show was a huge success with incredible performances, informative panels and amazing new products.  Companies like Moog provide a different take on the traditional booth setup to show their creativity.  Then brand new contenders like the Pickatto show that innovation in music instruments is limitless.  Of course there are people like Joe Solo, Peter Sotos, and all of the panelists over the four days who were generous to dedicate their time to teach others how to better themselves, improve skills and advance their careers.  From what I see at NAMM, the music industry is thriving with unlimited potential and strong support.

Michael is the Founder and President of 80/20 Records, an independent record label that offers 80% royalties to artists.  He is a crowdfunding advisor and has helped clients raise over $50,000.  Michael is also the Executive Director of NARIP Phoenix.