Meet The Latest Ladies of NARIP at Houston Event April 15.

We are pleased to announce the appointment of Roxell Richards, Esq., Lisa Schneider and Heidi Massin to leadership positions in its Houston chapter, joining NARIP Houston Executive Director Barry Coffing.

Since launching in the Lone Star State last year, NARIP has established a strong and growing presence there. “With the appointment of three new directors who each have an uncommon blend of music, business and strategic experience, we are excited to take our Houston chapter to a new level.” says NARIP president Tess Taylor.

“Roxell, Lisa and Heidi epitomize the modern music entrepreneur: all three have an uncommon blend of skills and experience, which is essential for success in the modern music business, and to the continued growth of our Houston Chapter. We are delighted to have these ladies on board, and they have already proven to be valued assets to the organization.”

A music and entertainment attorney, Ms. Richards has forged alliances and made lucrative deals for over 10 years for her artist and label clients, and has worked closely with multi-platinum, Grammy-nominated and independent artists.

Ms. Schneider, a natural connector herself, is a talent booker and community organizer with nearly two decades’ experience producing a wide range of live shows and events.

Ms. Massin is an entrepreneur, business-woman and artist, and works with Texas Music Media, Inc. to promote all genres of Texas music to a national and international audience via education and events.

Meet The Latest Ladies of NARIP April 15 in Houston

Meet Ms. Richards, Ms. Schneider and Ms. Massin in Houston at NARIP’s next event – How To Use Social Media To Promote Music – on Thursday, April 15, 2010 at 7:00 p.m. to take place at Houston Community College located at Spring Branch Campus, 1060 West Sam Houston Parkway, The Screening Theater, Houston, TX 77043. Get details and register online at www.narip.com. 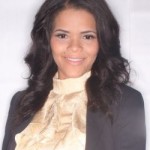 Entertainment attorney Roxell Richards has practiced in the music industry for over a decade. She recently served as the sole entertainment attorney at Deep Distribution Music Group in Houston, TX where she worked closely with multi-platinum artists Lil Flip, Scarface, the Ying Yang Twins, and Grammy-nominated producer Mannie Fresh, inking several lucrative deals on Deep’s behalf. Bar certified in Texas and California, Ms. Richards opened her own firm in 2004 with offices in Houston and Los Angeles. The firm’s focus is music and film distribution, administration and licensing. She is passionate about educating people about entertainment law, and is a frequent guest speaker at conference nationwide, including the Core DJ’s Texas Urban Music Summit II and the All Access Music Conference in Miami. She will appear at NXNW, and international film and music festival in Toronto, in June 2010. 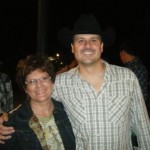 Lisa Schneider has been a community leader and organized special events for nearly two decades. Events she has spearheaded include July 4th celebrations, parades, health fairs, Snow Day holiday celebrations and festivals. Involved in every aspect of orchestrating these events, Ms. Schneider has been responsible for booking entertainment and talent, securing sponsors, coordinating marketing and advertising, and overseeing vendors, hospitality, ticketing, security and volunteers. Ms. Schneider is also Talent Buyer for Main Street Crossing, books talent for the Houston Premium Outlet Summer and Holiday Music Series, and co-produced a variety of music events. A natural connector, Schneider has “hooked up” dozens of artists with gigs, and venues with superior talent.

Heidi Massin is a classical and contemporary pianist, and a charting artist with a love of nature who applies sustainability in the creation and marketing of her music. A native Texan, she holds a Bachelor of Business Administration degree from the University of Texas, and a Master of Science in environmental management degree from the University of Houston–Clear Lake. She also works with Texas Music Media, Inc. to promote all genres of Texas music to a national and international audience via education and special events.