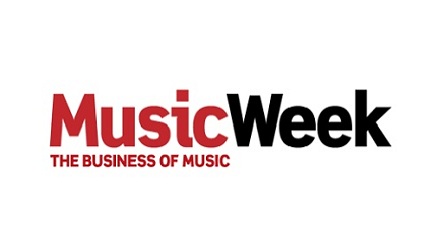 By Rhian Jones.  Published in MusicWeek on October 5, 2012. Used with permission.
Click here for JPG of the MusicWeek story (with graphics).

Universal Pictures has urged independent labels, publishers and managers to attend NARIP sessions in London in order to learn how best to pitch sync ideas to major entertainment companies.

The sync-placing organization, which originated in the US, holds monthly pitching meetings in London for indie music companies, attended by leading music supervisors from Hollywood.

“Regardless of whether it is a label, publisher, third-party placement company, artist, agent or manager, I do go back to those that I know have stellar music and follow good business practice – those who are easy to deal with that most importantly, I can trust, “she told MusicWeek afterwards.

“For this reason, as an independent artist/songwriter/producer, it is crucial to go to these NARIP sessions to get insight on how to become one of these contacts that I readily use as a resource.”

“One needs to understand how our industry works, what my job entails, and how music supervisors should be pitched to – otherwise, a few bad dealings can deter me from using someone’s music in the future.”

The idea of bringing NARIP to the UK came from the creator of NARIP’s Music Supervisor Sessions, Tess Taylor, in the States. She engaged Respect Music founder Sharon Dean to oversee the London sessions.

Said Dean: “Hollywood loves one stop where they can clear master and publishing rights with one entity – so they love indie music. Relationship building is a key part of the meetings, which typically hold around 20 attendees to one music supervisor. Rather than handing supervisors CDs at the end without any guarantee that they’ll get listened to, NARIP sessions include the chance for music to be played in front of supervisors who then give feedback. All attendees are given a brief for the type of music required before the sessions.”

But its not easy, out of the five sessions, one track has been successfully placed so far in American comedy-drama television series Jane By Design – “Stupid Pretty Girl” by Anthony Salari.

“If you’re an indie, you can’t be jumping on a plane all the time to Hollywood. NARIP sessions are all about relationship-building – this business of pitching your music for syncs and not making a nuisance of yourself.”

Indie publishers and labels are particularly keen to clear syncs in the US, where fees are paid on a rate-per-minute basis. Dean estimated that indie rightsholders could end up with $2,000 or $3,000 if their track was chosen by a Hollywood supervisor.

Although Universal Pictures’ Leus didn’t pick a track from last month’s session to use immediately, she told MusicWeek that she had “heard many songs which I could eventually place in a film or in a trailer.”

She added, “I think it is important for a UK-based company or artist to have a US-based affiliate [like NARIP], especially when I am in need of music urgently. In such a fast-paced industry, especially when dealing with ads, trailers and television, waiting for an approval or audio due to time difference can mean the difference between landing or losing a sync.”

Editor’s Note: This article appeared in the October 5, 2012 of MusicWeek.