NARIP In The Guardian: Matchmakers of the Zeitgeist

Special thanks to Joe Muggs for his excellent piece in The Guardian on December 8, 2011 about NARIP’s recent London music supervisor sessions.  Reprinted with permission.

In the Performing Rights Society HQ in central London, a roomful of music industry people are gathering to watch a pair of people they treat like stars. The label owners and employees, publishers, managers and musicians in the audience have each paid £65 a pop to sit in an audience and watch Andrea von Foerster and Chris Mollere speak – and many will pay quite significantly more for one-to-one meetings with throughout a week-long series of sessions. And no wonder, given that between them they have been responsible for taking music to worldwide audiences in the millions. That’s because the pair are “music supervisors”, who place music on the likes of The OC, The Vampire Diaries, Grey’s Anatomy and Modern Family. In the modern music industry, where “sync” deals for film, TV and adverts are crucial exposure for bands and labels alike, they are very important people indeed.

Neither Von Foerster nor Mollere are the image of Hollywood power players, though. There’s no high-handedness, flashiness or flannel from them, and both seem to treat what they do as a vocation. On stage and in person, both are personable, willing to share the tribulations of their job, and knowledgeable to a fault about music scenes and the industry.

Von Foerster, who was born in the UK but brought up in the American midwest, has a deadpan wit underpinned by the slightly nervy energy of a Kevin Smith movie character, while the laconic Texan Mollere talks fondly of his army dad taking him to Rush gigs as they moved around the States. They are, in a word, nerds. Likewise, there doesn’t seem to be much old-school music-industry bluster about this event as a whole. The people here to sell their music might be gregarious, even garrulous, as they mill about, but as soon as the seminar is underway, total concentration descends. This is the way the music business works in 2011. 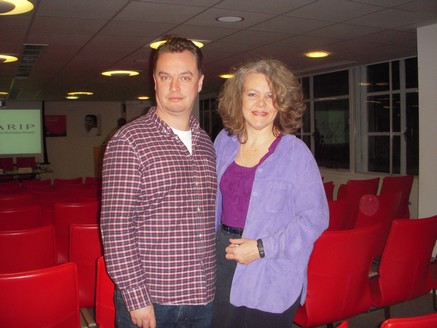