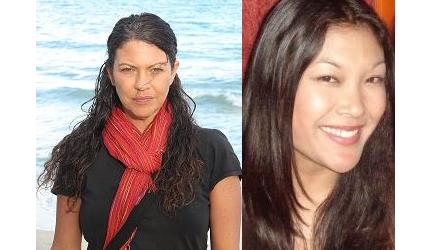 Both based in Hollywood, CA, Heather and Angela will be in London seeking music for their current projects, and music publishers, record execs, managers and others will present to them for consideration.  Enrollment at NARIP’s sessions is limited to 16 people who receive an advance brief of each supervisor’s current music needs to enable them to prepare a targeted pitch and get immediate, direct feedback.

The intimacy of NARIP’s sessions plus advance briefs plus immediate feedback has resulted in multiple placements for participants (in True Blood, Chronicle, Dexter, Bad Girls Club, Don’t Trust the B—- in Apt. 23 and others, Jane By Design and most recently on several placements ESPN). Respect Music’s *SHARON DEAN* secured a synch for her artist Anthony Salari in the ABC Family Show Jane By Design thanks to NARIP”s recent session with Madonna Wade-Reed (Madonna ended up licensing music from *three* participants at NARIP sessions in London and LA – read more about NARIP’s growing list of placement success stories, click here.

NARIP sessions have sold out repeatedly in London, Los Angeles, New York and Berlin.  Don’t miss our next sessions!

Special thanks to Stephen Navin and Sue Hantsch at the Music Publishers Association for their help with these events.

See you soon in London!