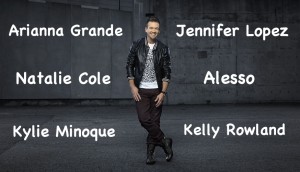 This audio program is a recording of NARIP’s Pitch Session with Top Producer/Songwriter Damon Sharpe.

You will hear Damon’s reactions and live feedback to cues and song snippets. This is invaluable to understand his needs, interests and preferences, and you will hear exactly what he is looking for now and for ongoing projects, and the types of music he most frequently needs and uses. You will also hear his submission preferences, what works and what doesn’t, and why. 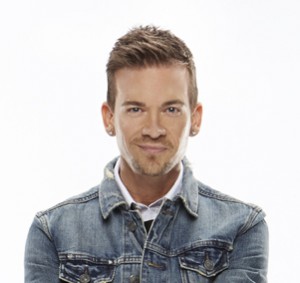 As a producer/songwriter, Damon Sharpe has contributed to the success of albums that have sold over thirty-eight million copies. Originally hailing from Cleveland, Ohio, his parents relocated the family to Los Angeles when he was still a teen, recognizing their son’s extraordinary talent. In LA Damon quickly made a name for himself as an actor, (starring in the hit NBC Saturday morning series “Guys Next Door”) singer (signed to Sony Records by Tommy Mottola) and dancer (toured as a backup dancer for singer Tiffany and danced in the Madonna “Like A Prayer” Pepsi commercial as a teen) by appearing in over thirty national commercials, and guest starring in various television shows like Buffy The Vampire Slayer, General Hospital and Days Of Our Lives. This talent and his passion for the work of such musical legends as Stevie Wonder, Michael Jackson and Prince inspired Damon to focus on his producing and songwriting.

He worked with Kylie Minogue on her #1 platinum album Aphrodite, including the #1 Billboard Dance chart single “Get Outta My Way” and the b-side to first single “All the Lovers” “Go Hard or Go Home.” The song “Nothing Even Matters” is featured on Big Time Rush’s debut album BTR that came in at #1 on the iTunes album charts and was certified gold. He also did 3 songs on their second album “Elevate” and 5 songs on their latest LP “24/7.” UK superstars JLS released their double platinum certified third album “Jukebox” featuring Damon’s song “3D.” In 2005 he released the star-studded Hurricane Katrina Relief record “Come Together Now” written with Hollywood icon Sharon Stone and featuring a superstar roster of talent including Celine Dion, John Legend, Joss Stone, Backstreet Boys, Patti LaBelle, Wyclef Jean, Gavin DeGraw, JoJo, Brian McKnight, and Natalie Cole.

Damon was an on camera vocal coach on season 2 of The Xfactor USA and also was a series regular judge on the YTV Canadian television series The Next Star: SuperGroup. He has also been a guest on Larry King Live.