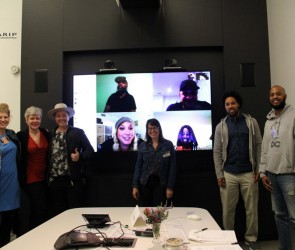 Gravel Pit Music’s Stacee Coleman guested at NARIP’s Synch Agent Pitch Session this week where attendees presented music for ad campaigns, the second season of a hit TV series and an android smart phone. Stacee has made hundreds of placements this year alone (and it’s only March), and tells us she has never had a music client leave her roster.  It’s easy to see why!

The day after NARIP Session she offered a NARIP Member a representation deal, we will be the first to announce it here when the ink is dry.

Top tips for marketing music: she prefers all versions of a song (full, instrumental and clean), go heavy on the metadata (the more detail the better), she appreciates BPMs and key lyric phrases.

Thank you for making time for our session Stacee!  Photos by Maddie Mathews and Maja Slopiecka.

Stacee Coleman started her journey in music as a radio DJ for KSUU Power 91 as host of many shows and a prominent personality in the Utah/Nevada markets.  After four years of riding the airwaves Stacee ventured to the land of Angels to work at the #1 independent music publishing company in the world. Working alongside the best of the best in song synchronization she learned the ins-and-outs of the music industry. She developed a fast love and knack for song plugging and has been licensing songs constantly since 2005.  Stacee is now CEO of her own music publishing, placement, supervision and representation company, GRAVELPIT MUSIC. Gravelpit Music has signed an amazing catalogue of talent since its inception in 2012. The musicians Gravelpit reps speak to a new generation of fans, and tap into the old-school era as well. The company works with the brightest and most badass musical talents and creative minds in the world. Gravelpit proudly rep a talented stream of bands, solo artists, and music producers, offering them a reputable platform to launch and develop their successful careers. 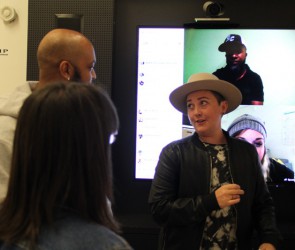