You will hear his reactions and live feedback to cues and song snippets. This is invaluable to understand his needs, interests and preferences, and you will hear exactly what he is looking for now and for ongoing projects, and the types of artists he chooses to work with and how he develops a relationship with them. You will also hear his submission preferences, what works and what doesn’t, and most important, WHY. 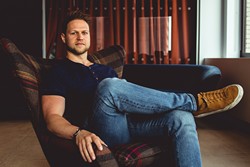 Since joining Droga5 in 2016, Mike Ladman has developed the Music Department and manages music and audio capabilities across the agency and client roster. Notably, Mike helped launch the Google Pixel phone through a music-driven campaign that won the AMP Award for Most Effective Use of Music in a Campaign. In addition, he provided all the music for the Cyber Grand Prix–winning MailChimp campaign. Mike was recently named one of Billboard’s Top Branding Power Players of 2018. Prior to joining Droga5, he was a Music Producer at McCann Erickson for nearly seven years, where he provided music for clients across the agency’s roster such as Microsoft, the United States Army, Verizon, MasterCard and more. Mike received his first film credit managing the music supervision for an indie film, Tracktown, which premiered at the LA Film Festival in 2016. In his free time, you can find Mike DJing around New York City as DJ PuppyHiccups.
Special thanks Steve Adabbo of Shelter Island Sound for hosting.