NARIP Members log in to stream this program audio now.  Not a NARIP Member yet?  Click HERE to join NOW for as little as $9.95 a month and start streaming immediately!

You will hear his reactions and live feedback to cues and song snippets, and the key components for synch-able music in games. This is invaluable to understand his needs, interests and preferences, and you will hear exactly what he is looking for now and for ongoing projects, and the types of artists he chooses to work with and how he develops a relationship with them. You will also hear his submission preferences, what works and what doesn’t, and most important, WHY. 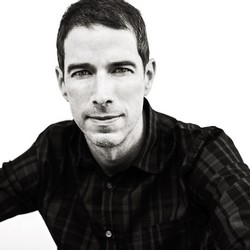 At the helm of Activision’s Music Department, Brandon has led the musical creative direction for all of Activision’s product slate and marketing creative, placed and licensed more than 4,000 commercial songs for in-game use, launched some of the most iconic music collaborations in Activision’s, and in gaming history, and has worked with the world’s most prolific modern composers to create orchestral soundtracks rivaling Hollywood’s top feature films. With over fifteen years at the company, Brandon has led the music production behind the gaming industry’s all-time biggest selling franchise Call of Duty – a game that has consecutively broken its own records as the most successful entertainment launch in history and the most successful video game of all time. Brandon was also responsible for overseeing the music selection and in-game celebrity talent integrations for Activision’s acclaimed franchise, Guitar Hero, opening the doors to work with music legends like Metallica, Aerosmith, Van Halen, even Taylor Swift, producing branded titles for each. He’s brought in legendary film composers with the likes of Grammy and Academy award winners Hans Zimmer and Michael Giacchino, and other veteran composers such as Harry Gregson-Williams, David Buckley, Graeme Revell, and Lorne Balfe among many others.  Additionally, Brandon’s involvement spans a vast portfolio that includes World of Warcraft, the highly successful role-playing title MMO by Blizzard, along with other Blizzard success stories Overwatch and Diablo; legendary mobile titles Candy Crush and Farmville; among many other noteworthy industry franchises, and professional gaming leagues to accompany both Overwatch and Call of Duty for 2019. Activision also recently forayed into film and TV with the dedicated division of AB Studios, led by two legendary film veterans. Its first release, Skylanders Academy, is in its third season on Netflix, with other Activision IP to follow in the live-action TV and film space. Headquartered in Santa Monica, California, Activision Publishing, Inc. is a leading global producer and publisher of interactive entertainment. Activision maintains operations throughout the world and is a division of Activision Blizzard (NASDAQ: ATVI), an S&P 500 company.