Touring For A Living – NY, Phoenix and Houston Panels

Touring For A Living – NY, Phoenix and Houston Panels

Touring For A Living:
How To Make The Most From The Road

Record sales may not be huge in recent years for many artists, yet some have set income records by touring.

You and your clients can tour successfully, too!

Learn the tips and tricks of the big acts, and get all the info used by mid-line artists, newly signed artists, and indie artists who are making the most of touring

Plus, learn the best ways to turn concerts into CD sales!

WHO SHOULD BUY THIS PROGRAM

Anyone seeking to maximize income from touring and live performances.

2. The Scofflaws Guide to Building Your Fan Base

3. How to Grow a Fan Base: Think Globally, Act Locally

4. Ten Top Tips on How To Grow A Fan Base

Marty Diamond is the head of the Paradigm Talent Agency’s East Coast Music Division. He was previously President of Little Big Man Booking, a

boutique music agency that was acquired by Paradigm in 2006. Diamond founded the Little Big Man in 1994 after stints at Arista Records, Bill Graham Management and

Manhattan music venue The Ritz. He oversaw Little Big Man’s growth from a two-person operation to the leading small agency in North America, with a roster including

which won Pollstar Awards in 1997 for Most Creative Tour Package and Major Tour of the Year. Diamond himself won Pollstar’s highest individual honor that year, the

award for Agent of the Year.


Steve Lurie is Executive Director of NARIPs New York chapter. He is also founder and president of Music Without Borders, LLC, and draws on more than 20 years of

experience in the music industry as a concert producer, professor, performer, lecturer, retailer and columnist. Since 2003 he has produced more than 3500 concerts by

artists from around the world for venues throughout the United States. As an educator, Mr. Lurie developed the Music Business Certificate for the School of Continuing

and Professional Studies and taught “Developing Your Own Record Label” from 2000-2005. He was a faculty member at the University of Hartfords Hartt School of Music

from 1999-2004 where he taught courses in music business and music management. He was also hired to develop a music business program at The New School in New York.

Mr. Lurie has lectured on music industry issues throughout the US, Canada and Europe. In 1998, Lurie was invited to keynote at WOMEX (Worldwide Music Expo) in

Stockholm, Sweden on the topic of record retail in the United States. In February of 2005 he presented several lectures on music publishing and copyright at the Folk

Alliance/Strictly Mundial Convention in Montreal. In January of 2006 he presented a lecture on independent record retail and distribution at MIDEM in Cannes, France.

Recently, Lurie was asked to be a Grant Reviewer for the Connecticut Department of Culture and Tourism, an honor that is only bestowed upon the most distinguished

members of the arts community. As a percussionist, Mr. Lurie has performed with pop, jazz, world music and classical ensembles throughout North America, Europe and

Asia. As VP and Co-Owner of Al Franklins Musical World in Greenwich, CT, Mr. Lurie helped build one of the finest and most highly regarded music and electronics

retailers in the U.S.

to work for Balmur Entertainment Artist & Management company in Toronto where he acted in a management and in-house booking capacity for clients such as Anne Murray,

Rita MacNeil and George Fox. Scott was also Anne Murray’s tour manager from 1998-2000 at which time he left to return to ICM where he has been an agent ever since.

Scott was nominated for Pollstar’s “Agent of the Year” award in 2008.

Launched by Brice Rosenbloom in the fall of 2006, boomBOOM brings a broad array of live music to thousands of New Yorkers every year. boomBOOM Presents is a New York

based live music booking and production company. Showcasing an eclectic mix of artists and an all-inclusive aesthetic palette, boomBOOM Presents is dedicated to

providing optimum concert experiences for both performers and audiences.

Wynton Marsalis to establish the launch season of Jazz at Lincoln Center at the programs new home in Rose Hall at the Time Warner Center, myriad bookings of artists

such as Andrew Bird, Sharon Jones, The Bad Plus, Brazilian Girls, Keren Ann, Kaki King, and Henry Threadgil at the iconic Knitting Factory in 2005, and the creation of

the NYC Winter Jazzfest, a three-stage, eight-hour festival that has been showcasing premier artists in the jazz scene for the last five years.

curate a broad musical vision on additional stages around the city and beyond, including the new world music club Drom on Avenue A; the soon to open le Poisson Rouge

(the new Village Gate space) on Bleecker Street; the Jazz Experiment Festival in Palermo, Italy; and the Brooklyn Masonic Temple in Fort Greene.

for overseas-based artists. Alan went into full management in partnership with noted manager Barry Taylor around 1990 as the Management Consulting Team (MCT

Management). Starting with a roster including Moby, Pere Ubu, My Bloody Valentine and Firetown (whose members later formed Garbage), among others, he then built on

In 1983 he became head of national rock promotion at RCA Records, establishing such genre-bending acts as the Eurythmics, Blow Monkeys, Love & Rockets and Mr. Mister

marketing and talent development for his clients. Clients include the Olympics, MTV (Asia, S. America & N. America), the BBC, VH1 and he has developed, toured and

others. He got his start in the music business in 1986. His first show was the Black Music Awards featuring Prince. His first major tour was in 1988 (Scorpions,

Trixter and Great White). In 1991 while on tour, Whalen wrote the business plan for what would become Backstage Productions which provided sound and lighting for 100s

of events each year. In 1999 Backstage opened another office in Las Vegas, increasing production to more than 500 shows annually. In his 20+ year career, Patrick has

Mr. Coffing is CEO and Founder of MusicSupervisor.com and Uprising Entertainment. A 20-year industry veteran who has toured the world and has major credits to his

name, Barry is an Emmy-nominated composer and was signed to Warner Bros. Records in the 1990s. He has toured extensively to support his hit songs that have charted

around the world, including the #1 “I’ll Come Back To You.” He won Best Producer of the year at the Beverly Hills Film Festival in 2003, and has written and produced

over 200 songs in film and TV including #1 hits and gold-selling soundtracks. He has worked with almost every major film company and television network. His knowledge

of both sides of the licensing equation led him to create MusicSupervisor.com which has been used to find music for projects including Dexter, Ugly Betty, Burn Notice,

and others. Barry has lectured on the music business at USC, Vanderbilt and The University of Houston. With his professional relationships, especially at major film

companies and TV networks on both coasts, and a strong background in the business as an executive and successful composer / artist, Mr. Coffing is uniquely positioned

to help NARIP members identify opportunities in film and television, and to create and sustain long-term careers in the music business today.

branding, international marketing, multi-media promotions, music supervision for his clients. Arnstein has developed, toured and worked with stadium and arena-level

work in entertainment in 2000 as an executive at a large-scale Native American casino in New Mexico. It was here that Jason was introduced to the “business-side” of

the music industry: booking, marketing, and creating casino promotions around major national headlining acts. However, his appreciation for music in the art form was

discovered as a young boy. Deeply rooted in his Native American culture, his father sang and taught him traditional Hopi songs, emphasizing the importance of listening

to the words, rhythm and beat. Time spent with his father laid the foundation to what would eventually become Jason’s passion in life: music. In 2005, Jason launched

Red Note, Inc. based in Phoenix, Arizona, and now works full-time planning and managing intimate to large-scale event productions and promotions including festivals

and headlining music concerts. Jason has been involved with over 100 shows, working with legendary to “fresh on the scene” musicians and bands. In 2008, Red Note, Inc.

produced two major events during Super Bowl XLII; the Arizona Indian Festival with estimated audience of 20,000 and the Native American component of the NFL’s Super

Bowl XLII VIP Tailgate Party for 10,000 individuals. Jason serves as a juror on the Canadian Aboriginal Music Awards and is an advisory board member for the launch of

the World Indigenous Music Awards set to take place in 2010 in Canada. He is a graduate of Arizona State University with a Bachelor of Science in Marketing, and is an

alumnus of Valley Leadership – Class 26. He currently serves as the National Association of Record Industry Professionals (NARIP) Phoenix Chapter Director, is a Board

Arizona. Jason once again serves as co-chair of the Arizona Diamondbacks Native American Day on July 12, 2009 at Chase Field in Phoenix, Arizona.

Congratulations! You made a wise choice, and you’ll enjoy this NARIP program audio. Also consider adding more programs on related topics to your shopping cart now,

BUY NOW: Click the ADD THIS TO MY CART button below to complete your purchase online using PayPal. Alternatively, please call 818-769-7007 to make a purchase

indicate which program(s) you are purchasing!

Thank you for shopping with NARIP!

Your satisfaction is guaranteed.

advancement, education and good will among record executives. 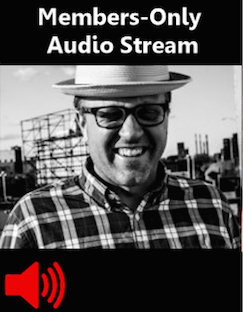 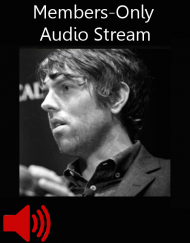 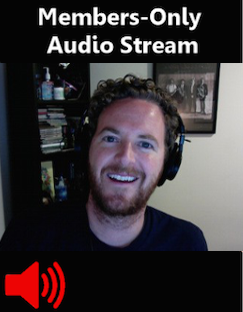 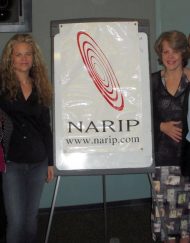