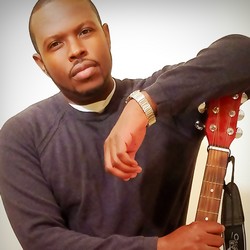 This brings the number of signings from NARIP Synch Agent Pitch Sessions to twenty-one (21), Sessions which are just the latest in a long list of successes that benefit creators and their business counterparts.

Renald Francoeur’s mother often lamented that her pots and pans had dents and holes because her son used whatever means necessary to express his passion for making music. Born in Haiti, one of eight children, Renald grew up in Brooklyn where he absorbed the many cultures and sounds that were part of his everyday life. Through singing, rapping, songwriting, recording, arranging, and playing instruments, he continues to express himself in ways that connect him to others and to the larger world. When he landed his first commercial placement for GEICO in 2008, his career path opened up. Since then he has written and produced music for dozens of major advertising campaigns, hundreds of network and cable television shows, and four feature films. Renald has proven himself to be a multi-talented and versatile artist, easily adapting to clients’ parameters as he draws from a palette of styles and genres. He’s continually learning and responding to what’s needed on any given project, always challenging himself to capture just the right sound. Because he delivers quality work to tight deadlines, clients ask for him again and again.  Read more at Sky Bound Entertainment.

Quintero – a long time fixture of the music business – gets 6 to 12 briefs a day, so the probability of placement for Penn has just increased exponentially.

Top tips for marketing music: Quintero tells us music supervisors like to get music first, so “the fresher, the better” – unreleased music tends to be more place-able and attractive for this reason. Supervisors also like music beds or instrumentals, as these don’t conflict with dialog and are easier to place.

Congratulations Renald and Vince, thank you for making time for our session Vince!