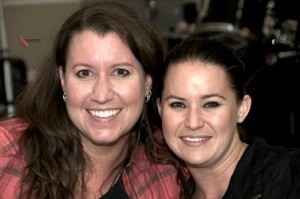 In Sep 2010, I attended a NARIP panel that irreversibly changed the direction of my business for the better. The seminar was entitled “How To Market & License Music For Film & TV.” The A-List music Supervisor panel included John Houlihan (Austin Powers), Alyson Vidoli (True Blood), and Carolyn Richardson (Entertainment Tonight). Attorney Ben McClane, Esq. was also included for the discussions on contract negotiations and what to expect. The panel was held in the large L.A. Film School theater on Sunset Boulevard, a place I was familiar with, having taught Post-Production at the L.A. Recording School (a sister-school to LAFS and part of Full Sail’s West Coast family) just three years prior.

As I listened to the panelists divulge the insider, behind-the-scenes “dos and don’ts” of music for TV/film – everything from preferred methods of delivery to how much different types of placements pay – to when shows pay out – to  how these particular music supervisors regularly acquired their cues –  I quickly realized that THIS – writing for music placement – was where I wanted to refocus my business.

Quick rewind: In 2003, after receiving 9 Honorable Mentions in the Billboard World Song Contest, I moved to Los Angeles to pursue music professionally. As a non-performing songwriter (at that time, I have since begun to play out), I determined that the best way to get into the business would be as an engineer, so I attended the L.A. Recording School. After graduating #1 in my class, I was invited by top commercial mixer John Bolen to work at Play Studios, his premier boutique audio post house in Santa Monica. With an on-staff composer on-site at Play, I gained valuable insights into how music for commercials worked, how it was selected, who did the selecting, fees, etc.  I worked as Assistant Engineer to John Bolen and Chris Hildrew, and ran the Machine Room (aka the “Dub Room) simultaneously. During my tenure there, I worked on hundreds of nationally-aired commercials. My favorite spot was the first iPhone commercial. It was an honor to work on all of the iPod and “Get A Mac” (Justin Long, John Hodgman) Apple campaigns at the time.

Armed with real world experience at the top level, I split off from audio post-production for commercials and returned to music in 2007. My company, Planetwood Productions, initially focused on mixing and mastering music. This was the bread and butter of my business until 2010.

In spring of 2010, I mastered an album for a singer/songwriter, Julie Meyers. In addition to performing her own music, she played bass in a pop-punk band, and it was at one of her shows that I first heard her band mate, Paloma Estevez, play drums. She and her playing knocked me out and I ended up inviting her to play on my sophomore album, “Exes and Ohs.” While at Threshold Sound in Santa Monica, recording drums in Winter of 2011, we decided to track some grooves she’d been working on. The rest is history.

We began writing to her grooves under the moniker Planetwood Motifs – largely non-genre-specific mood music. We work out of our studio, The Orange Grove Studio – I  play bass, guitar and piano – we both sing – and though a primarily Rock, Pop and Jazz touring and session drummer, Paloma has a classical background on trombone and an outstanding ear for harmony and arrangement. We instantly clicked in the studio and, to date, have produced over 60 compositions together since 2011.

In Spring of 2011, NARIP produced a series of Music Supervisor Pitch Sessions with Julianne Jordan, Andrea von Foerster and John Houlihan which provided essential support in confirming that our compositions were creatively on-target and ready for placement production-wise. Paloma is a graduate of the Drum Program at Musicians Institute, and in the fall of 2011, we were invited by Musicians Institute to participate in their Music Library Marathon, pitching our work to over 10 top production libraries. Our material was well-received and we decided to sign with NY-based Jingle Punks, a company which currently exclusively represents 40 of our compositions.

In 2012, we have also begun producing independent artists and singer-songwriters as a production team. Most recently, after our co-produced track “Gimme Gimme Gimme” was a finalist in a national Taco Bell Jingle contest – receiving extensive exposure this spring – we were approached by ESPN to write and produce a theme song for their boxing programming. Using tools learned directly from NARIP’s panels, we were able to negotiate a contract, sign the deal and deliver a final product that the show producer is thrilled with. Our theme song will air weekly during the 2013 international boxing programming starting this January, so stay tuned!

I should also note that I met our attorney, Molly Hansen, Esq., at that September 2010 NARIP  panel on Music in Film and TV.  I consider Molly to be a true asset to our team; she has assisted with a number of contracts and is an all-around great-person.

I view NARIP functions to be an on-going education – and a tremendous opportunity –  with integrity, for networking and obtaining current information. NARIP provides valuable industry access. Great thanks to Tess Taylor. I’m proud to be a NARIP Professional Member – with gratitude.